In Islam, Umrah is an act of worship of Allah SWT. It is a Sunnah deed and can be performed at any time throughout the year. Also called the “Minor Pilgrimage,” Umrah brings great rewards for the followers of Islam. 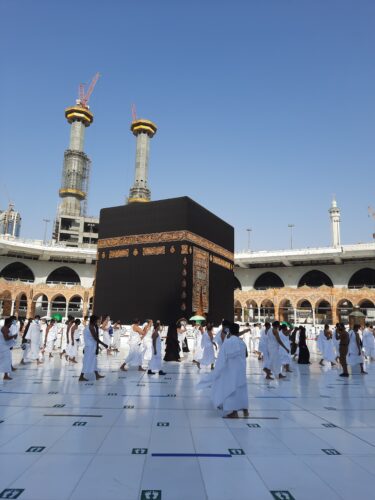 Every year, millions of Muslims gather in front of the Holy Kaaba to perform the sacred ritual that brings them closer to the Almighty, purifies their souls, and refreshes their sense of purpose.

Keep reading to learn the benefits of Umrah in the life of Muslims.

Why Do Muslims Go to Umrah?

Umrah is an Arabic word that literally means “visiting a populated place.” The Minor Pilgrimage is a beloved Sunnah that blesses one with the opportunity to refresh their faith, pray for their needs and seek the forgiveness of Allah SWT. Prophet Muhammad (PBUH) has advised Muslims to perform Umrah at least once in their life.

5 Benefits of the Holy Pilgrimage of Umrah

The blessings of Umrah are endless, and those who perform it with the core of their heart will understand the value of the minor pilgrimage. Though not an obligation (not necessary), Prophet Muhammad (PBUH) has advised Muslims to perform Umrah at least once in their lifetime.

From helping one seek the blessings of Allah SWT to purifying one’s heart, the minor pilgrimage has countless life-changing rewards. Some Umrah benefits are mentioned below:

Guest of Allah SWT, the Creator of the universe

Just the thought of being a guest in the House of Allah SWT makes one feel blessed. The Islamic ritual of Umrah is one of the most sacred obligations and gives one a chance to become a guest of the Almighty, the Eternal Absolute, the Supreme Creator of the whole universe, Allah SWT. It is believed that when a person with pure intentions spends their wealth and time to oblige Allah SWT, He Himself welcomes and hosts pilgrims in His House (Holy Kaaba).

From the moment one enters the premises of Masjid Al-Haram, a strange feeling of calmness, peace, satisfaction, and cleanliness takes over their mind and body. This feeling revives a pilgrim’s soul and bestows them with the blessings of Allah SWT. 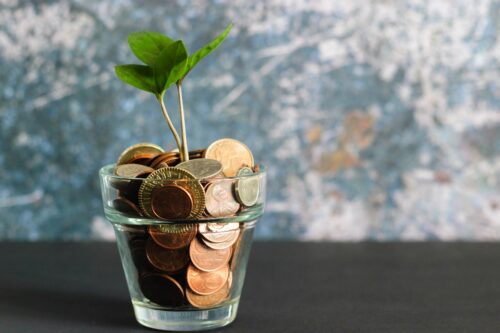 No one likes to live in poverty, and if you can fight these circumstances, why not have faith in Allah SWT and perform Umrah?

Umrah is one of the most beautiful Sunnahs of Allah SWT’s beloved Messenger (PBUH). When asked about Umrah’s benefits, Prophet Muhammad (PBUH) said, “Perform Hajj and Umrah consecutively, for they remove poverty and sin as hollers remove impurity from iron.”

The aforementioned hadith clearly tells one that performing Umrah is a way to get rid of poverty. Allah SWT increases one’s rizq and blesses them with wealth in return for the time and money that a person has dedicated to please their Lord. According to Islamic scholars, it is compulsory to perform Umrah on a physically and financially stable Muslim, either before or with Hajj or any other time throughout the year.

While stating the significance of Umrah, Aisha (RA) said, “Whoever greeneries his home only for the obstinacy of Hajj or Umrah and dies, nothing will be obtainable to him nor will he have any liability on the Day of Reckoning, and it will be said to him, enter into Jannah.”

Chance to wipe out all previous sins

Whether minor or major, it’s human nature to sin. However, Umrah gives one the chance to cleanse their soul and body from the burden of past sins. It is believed that when Allah SWT invites a person for Umrah, He gives them a chance to ask for forgiveness for their sins and wish for whatever the person desires.

Therefore, to purify the mind and soul, it is recommended that a pilgrim perform Umrah with utmost love, dedication, and faith.

Abu Hurairah (RA) reported that Prophet Muhammad (PBUH) said, “From one Umrah to another is expiation for what comes in between, and ‘Hajj Al-Mabrur’ brings no reward less than Heaven.”

On completion of Umrah, the soul of a pilgrim is freed from sins just like a newly born baby, as Allah SWT promises to reward them, forgive their sins and grant them the highest place in Jannat. 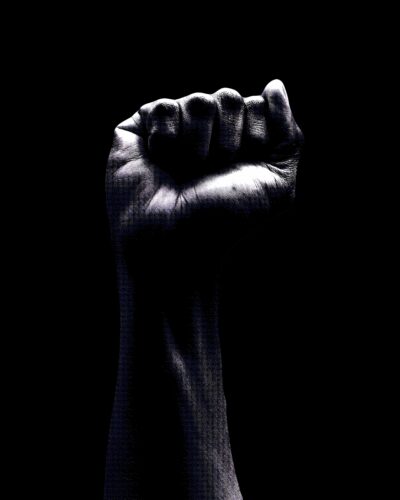 In today’s fast-paced world, a person commits many sins, without even realising them, which results in weakening their faith. However, when a person goes to perform Umrah with pure and true intention, every step of the journey works in strengthening their Iman and bringing them closer to Allah SWT.

The reward for Umrah is equivalent to jihad

The word “jihad” literally means to strive or to struggle in the name of Allah SWT. It is considered the noblest act in Islam. Because jihad requires great love and devotion, the reward for this is martyrdom. In today’s world, there is no active jihad. Therefore, the closest way a person can earn a reward equivalent to jihad is by fulfilling the obligation of Umrah.

Prophet Muhammad (PBUH) said, “The warrior in the foundation of Allah, the pilgrim and the one who is performing Umrah are all the allocation of Allah. He called them and they answer back and they will ask of His conferrals and He will give it to them.”

Prophet Muhammad (PBUH), in light of the reward of Umrah being equivalent to Jihad, said on another occasion, “Jihad of an elderly, young, weak and the women is Hajj and Umrah.”

Hence, those who aren’t strong enough can get inner satisfaction and innumerable rewards by performing Umrah.

Abu Hurairah (RA) narrates that Allah’s SWT Messenger (PBUH) said, “(The performance of) Umrah is an expiation for the sins committed (between it and the previous one). And the reward of Hajj Mabrur (the one accepted by Allah) is nothing except Paradise.” (Sahih Al-Bukhari)

When asked about the advantage of performing Umrah during Ramadan, Ibn Abbas (RA) narrated that the Prophet Muhammad (PBUH) himself said, “Perform Umrah in the month of Ramadan, (as it is equivalent to Hajj or Umrah with me (in reward).”

In another event, Ibn-e-Maajah (RA) stated that the beloved Messenger (PBUH) of Allah SWT said, “The performers of Hajj and Umrah are deputations of Allah SWT Almighty. If they call Him, He answers them, and if they seek His forgiveness, He forgives them.”

How Do I Know If My Umrah Has Been Accepted?

According to renowned Islamic scholars, there are signs which indicate that a person’s charity, fasting, prayer, Hajj, or Umrah has been accepted by Allah SWT. These signs include:

Moreover, pious predecessors have also said that one of the most prominent signs that Allah SWT has accepted one’s prayers (the act of worship) is that they will be granted the opportunity (Tawfiq) to do another good act/deed.

Difference between Hajj and Umrah 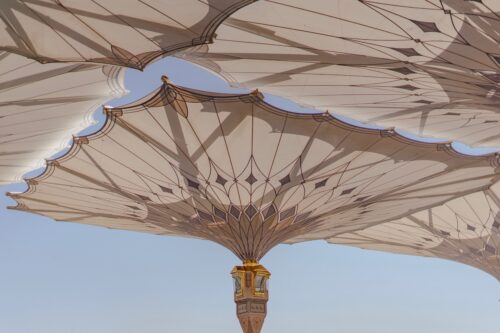 Both Umrah and Hajj are Islamic pilgrimages. However, the main difference is the method of observance and the level of importance each has. Hajj is the fifth pillar of Islam and is performed in the Islamic month of Dhul-Hijjah. It is obligatory for every physically and financially stable Muslim to perform Hajj at least once in their lifetime. Comparatively, Umrah can be performed at any time.

Moreover, Hajj has a more comprehensive method, involves more rituals, and is time-intensive. Obligatory acts of Hajj include wearing Ihram, standing on the Arafah, spending the night at Muzdalifah, staying at Mina, stoning of Jamarat, and shaving of the head.

On the other hand, Umrah is simpler and comprises fewer rituals, including getting into the state of Ihram, performing Tawaf, carrying out Sai between Safa and Marwa, and shaving one’s hair.

From beginning to end, the journey of Umrah revitalizes the faith of an individual in Allah SWT and Islam. Also known as the Minor Pilgrimage, the Sunnah of Umrah is highly beneficial and rewarding as it brings a level of spiritual purity to all followers of Islam.

Therefore, every Muslim should try to perform Umrah (make a trip to the Holy Kaaba) at least once in their life in order to seek forgiveness for their sins and blessings from the Almighty.