Benefits and rewards of performing Umrah in Ramadan

Umrah, the lesser pilgrimage, is an act of worship for Muslims that involves paying a visit to the Holy Ka’abah in Masjid Al-Haram, Makkah. It offers an opportunity to refresh your faith, seek repentance for your sins, and strengthen your connection with Allah (SWT).

Ramadan, on the other hand, is regarded as the most sacred month in the Islamic calendar. It was during this month that the first few revelations of the Holy Quran were revealed. Throughout the month, Muslims observe obligatory fasts from dawn to sunset, while also exercising self-control, maximizing their acts of worship, and practicing Islamic principles more obediently.

What Is the Purpose of Umrah?

For all Muslims, Umrah carries a special purpose. It’s largely regarded as a spiritual act of purity that’s primarily conducted to attain Allah’s pleasure and bounty. Even though it’s not obligatory on any Muslim (unlike Hajj), it’s an easy way to please and reach out to Allah.

Moreover, Umrah is a practice of Sunnah of the Prophet (Salallahu Alaihi Wasallam). Many of us don’t give much importance to Sunnah, but if you ponder over this verse of the Quran, you won’t feel like missing out on any practice of the Prophet’s (SAW) Sunnah:

Translation of Verse 31, Surah Al-e-Imran: Say (O Prophet): “If you really love Allah, then follow me, and Allah shall love you and forgive your sins. Allah is Most-forgiving, Very-Merciful.”

Based on the Quranic verse quoted above, when you perform Umrah, you indeed become eligible for Allah’s love and all your past sins should certainly be forgiven. What can be more authentic than Allah’s own words?

Who Can Perform Umrah in Ramadan? 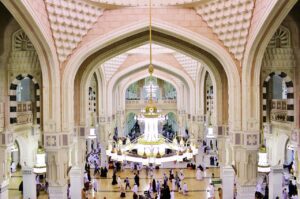 In normal circumstances, any Muslim would be allowed to perform Umrah during the month of Ramadan and reap the associated rewards. However, owing to COVID-19-related concerns, only immunized pilgrims were allowed to enter Makkah to perform Umrah in the most recent Ramadan. In April 2021, the Hajj and Umrah Ministry issued the statement that the following three categories of pilgrims would be considered immunized:

Keep in mind that the rule mentioned above was applicable for the month of Ramadan that has already passed. With the rapidly changing coronavirus situation, you’ll need to stay informed by checking the latest updates from Saudi authorities right before you plan your Umrah. If you plan to perform Umrah in the upcoming Ramadan, delay your Umrah visa application until the rules have been issued.

What Is Umrah Equal to When Done in the Month of Ramadan?

Hence, when Hajj becomes obligatory (farz) on you, you must prioritize and perform it. After that, you can always consider performing Umrah during the blessed month of Ramadan to attain the rewards equivalent to Hajj, which is going to be nafl (voluntary).

Sayings and Quotes of the Virtues of Performing Umrah During Ramadan

You might be wondering what is the proof of the reward for performing Umrah in Ramadan as discussed above. The evidence of this reward is found in the Hadith of the Prophet (Salallahu Alaihi Wasallam):

I heard Ibn `Abbas saying, “Allah’s Messenger (ﷺ) asked an Ansari woman (Ibn `Abbas named her but `Ata’ forgot her name), ‘What prevented you from performing Hajj with us?’ She replied, ‘We have a camel and the father of so-and-so and his son (i.e. her husband and her son) rode it and left one camel for us to use for irrigation.’ He said (to her), ‘Perform `Umrah when Ramadan comes, for `Umrah in Ramadan is equal to Hajj (in reward),’ or said something similar.”

What Is the Best Month for Performing Umrah?

Keeping in mind the virtues explained earlier in this guide, Ramadan is indisputably the best month for performing Umrah. Many of us don’t prefer this time due to the crowd and fasting obligations, but there’s a reason why so many people turn up during this month. If you do get a chance to perform Umrah during the blessed month of Ramadan, don’t miss the opportunity. Do it at least once in your lifetime. The stirring and spiritual atmosphere you experience during this month cannot be seen in any other month.

Can Umrah be Performed in One Day?

Regardless of the circumstances, performing Umrah takes no more than a day. Among the four major steps in Umrah, only Tawaf and Sa’ee take time. The rest of the rituals such as making niyyah and getting Halq (shaving of head) or Taqsir (shortening of hair) are done quickly. During less crowded times, the Tawaf and Sa’ee rituals should take around two hours each, so you’ll be able to complete the entire Umrah in around four hours. During other times, when there are a lot of people, there might be no room in the Mataf so you may have to go to the upper floors to perform Tawaf, making a much bigger round. In that case, performing Tawaf can take considerably longer.

The same can be said about Sa’ee. If the path between the Safa and Marwah hills is packed with pilgrims, the walk can take more than two hours.

Yet, in any case, your Umrah should be complete within a day.

According to the latest reports, Umrah is resuming from the 1st of Muharram 1443, which happens to be 9th August, 2021. However, not all countries are allowed to send direct flights to Saudi Arabia. If you’re coming from the UK, you should be able to travel to the country directly, but the capacity is limited. British Muslims can apply through the official Ministry of Hajj app ‘Tawakkalna’ and ‘Eatmarna.’

What to Look for When Choosing an Umrah Ramadan Package 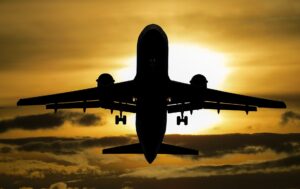 When choosing your Umrah Package, there are various things to take into account. The most significant factors include:

In summary, performing Umrah during Ramadan is a huge privilege that only a few blessed ones can achieve. If you’re inspired and touched by the rewards and benefits of the practice, start planning for your Umrah and Makkah visit today. We truly hope that you get a chance to perform Umrah during the upcoming blessed month of Ramadan.