What is Farewell Tawaf? How To Perfrom Tawaf Al-Wada & It’s Importance in Islam

What Is Farewell Tawaf during Hajj? 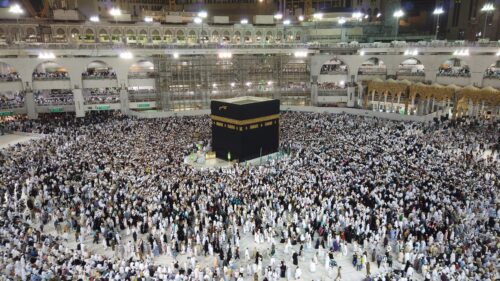 Farewell Tawaf is the last ritual a pilgrim must perform before leaving the holy city of Makkah on completion of Hajj. It is an essential ritual and should be practised by encircling the Holy Kaaba seven times. However, the Farewell Tawaf is only Wajib for those who have travelled for Hajj from outside the boundaries of Miqat. Therefore, those living within the premises of Miqat aren’t obligated to perform Tawaf Al-Wada.

The significance of the Farewell Tawaf is evident from the following hadith of Prophet Muhammad (PBUH): “The people were ordered to circumambulate the Kaaba as the last thing they should do in Makkah, but an exception is for menstruating women.” (Bukhari: 1755, Muslim: 1328)

Tawaf Al-Qudum means the “Tawaf of Arrival.” The Welcome Tawaf is carried out upon entering the Grand Mosque by those performing Hajj Al-Ifrad and Hajj Al-Qiran. Pilgrims are directed to wear Ihram while performing the Welcome Tawaf. Moreover, it is a Sunnah to perform Idtiba and the act of Rami (stoning of the Jammarats) during Tawaf Al-Qudum.

Tawaf Al-Wada means “The Farewell Tawaf.” It is to be performed by the pilgrim just before exiting the House of Allah SWT, Makkah, Saudi Arabia, after completing the Hajj. Being the final rite of Hajj, it is mandatory to perform Tawaf Al-Wada before moving on to the next destination. The purpose of the Tawaf Al-Wada is to bid farewell to the House of Allah SWT. It is obligatory for every Muslim who has travelled to Makkah with the intention of Hajj to perform Tawaf Al-Wada, except for residents of Makkah and menstruating women.

Here are some hadith in light of Tawaf Al-Wada:

Ibn Abbas (RA) narrated Prophet Muhammad (PBUH) after observing that Muslims used to head out in every direction after completion of Hajj, directed that when a person has finished all that he has to do and has decided to travel, then he has to perform Farewell Tawaf around the Holy Kaaba. Allah SWT’s Messenger (PBUH) said, “None of you should depart until he makes as his last act Tawaf of the House.” [112]

In another event, Ibn Abbas (RA) said, “And the menstruating woman was first ordered to wait until she became clean of it to make Tawaf al-Wada. Then it was permitted for her to leave without waiting.” He said it in reference to the hadith of Prophet Muhammad (PBUH), in which the beloved Messenger (PBUH) of Allah SWT gave concession for the menstruating women that she should depart before Farewell Tawaf as long as she had made Tawaf of Ifadah. [114]

Ibn Abbas (RA) further narrated, “And he may carry away with him whatever he can of Zamzam water because of the blessing therein, as the Prophet (PBUH) of Allah SWT used to carry it with him in water skins and containers – and he used to pour (it) upon the sick and give it to them to drink.” [115] Moreover: “Before Mecca was conquered, Prophet Muhammad (PBUH) used to send the message to Suhail ibn Amr: that he should bring Zamzam water for us and not leave it – so he would send it to him in two large bags.” [116] Therefore, when you go for Hajj or Umrah, don’t forget to bring Zamzam water.

When asked about the Sunnah to exit Hajj, Ibn Abbas (RA) said that “Prophet Muhammad (PBUH) directed that when he finishes the Tawaf, he leaves the mosque like the rest of the people – not walking backwards – and he leaves putting out his left foot first, saying: Allahuma Salli Alla Muhammadin Wa Aallim – Allahumma Inni As’aluka Min Fadhlika (O Allah send blessings and Peace Be Upon Muhammad. O Allah I ask You for Your bounty) [117]

What Is Tawaf Al Ifadha?

How to Perform Tawaf 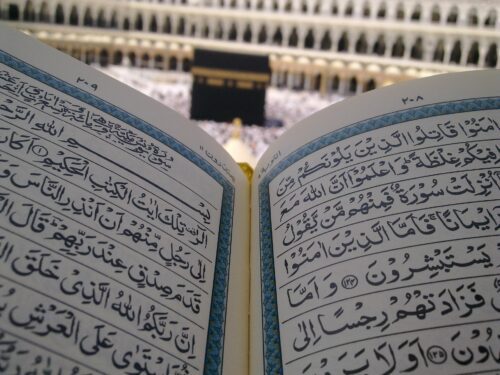 Tawaf is derived from the Arabic word “Tauf,” which means to go round and round. It is a mandatory ritual during Hajj and Umrah. Tawaf can be defined as the act of circumambulating the Holy Kaaba seven times in an anti-clockwise direction. Keep o reading to learn how to perform Tawaf, as prescribed by Prophet Muhammad (PBUH):

Why Do Muslims Make Tawaf?

Tawaf is an expression of true love from the heart of a Muslim towards Allah SWT. It’s akin to prayer; an act of worship that brings one closer to Allah SWT. The act of Tawaf demonstrates the unity of the believers of Allah SWT.

It portrays that everyone is equal in the eyes of the Almighty. Muslims perform the Tawaf in a certain way because Allah SWT directed them to do so. During Hajjat ul-Wida, Prophet Muhammad (PBUH) told his Ummah, “Learn your pilgrimage rituals from me.” Since then, all the rituals of Hajj have been performed in the same way the Messenger (PBUH) of Allah SWT practised.

Is Tawaf Mandatory during Hajj?

Yes, Tawaf being an act of worship, is mandatory for all pilgrims (men and women). Your Umrah or Hajj will be incomplete if you do not perform Tawaf. Prophet Muhammad (PBUH) said, “The tawaf is a prayer, except that God has made it lawful for us to speak while doing it. He who talks, then, must only say what is good.”

Performing Farewell Tawaf or Tawaf Al-Wada is mandatory (Wajib) for pilgrims who have come to perform Hajj or Umrah from outside the Miqat boundaries. On the other hand, for those living within the limits of Miqat, there’s no obligation to offer the Farewell Tawaf. When leaving Masjid Al-Haram after completion of Tawaf Al-Wada and Hajj, make sure to put the left foot forward and recite Durood al-Shareef.