Meaning “a stated place,” Miqat boundaries are the five stations at which all pilgrims on Hajj are required to put on their Ihram, the religiously recommended Hajj garment. According to Islamic history, these five stations were set up by Prophet Muhammad PBUH.

No Muslim is allowed to pass the lines of Miqat without putting on the Ihram. As Prophet Muhammad PBUH has stated that, “It is a place beyond wherefrom no one can proceed to Makkah to perform Hajj and Umrah without putting on the Ihram; otherwise he shall have to sacrifice.” Here is everything you need to know about the five stations of Miqat and its importance in Islam. 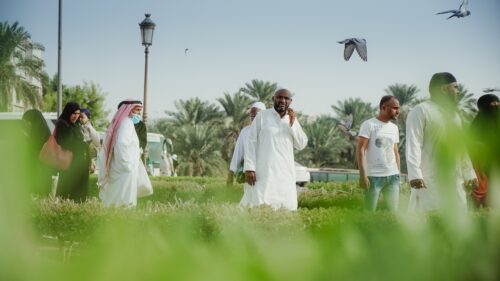 Literarily meaning “a stated place or time,” the Miqat line is where pilgrims intending to perform Umrah or Hajj must enter the state of Ihram before crossing the boundary. This involves performing the ritual of cleaning and wearing the prescribed clothing, Ihram and recitation of Talbiyah. Location and time are the first conditions of Ihram, i.e. where and when to make the intention to perform the Hajj and wear the Hajj attire to be valid for the obligation.

According to Islamic history, Prophet Muhammad PBUH himself specified the mawaqit of Hajj, the boundaries for Miqat for people coming from outside and within this demarcation to perform Umrah or Hajj at Makkah. The implication of Miqat here is that a person coming for Umrah or Hajj, before passing by the stations of Miqat, must declare intention (niyyah) and wear ihram clothes. In short, a pilgrim won’t be able to perform Hajj or Umrah until and unless all the rites of the state of Ihram are completed before crossing the boundary of Miqat.

Though there are five stations of Miqat in all, four of them are mentioned in the following Hadith narrated by Abdullah ibn Abbas (RA):

Following the capture of the towns of Basra and Kufa, during the reign of Umar Ibn al-Khattab (RA), an additional Miqat was affixed. Abdullah ibn Umar (RA) narrates:

“When these two towns (Basra and Kufa) were captured, the people went to Umar and said, “O Chief of the faithful believers! The Prophet Muhammad PBUH fixed Qarn as the Miqat for the people of Najd, it is beyond our way, and it is difficult for us to pass through it.” He said, “Take as your Miqat a place situated opposite to Qarn on your usual way. So, he fixed Dhat Irq (as their Miqat).” [Narrated in Sahih al-Bukhari]

The five stations of Miqat are as follows:

Also known as Abyar Ali, Dhul Hulayfah is 18 kilometres southwest of Masjid al-Nabawi in Madinah. To be exact, this is 225 miles (410 kilometres) north of Makkah, Saudi Arabia. Dhul Hulayfah is the station of Miqat for those who live in Madinah and those living in the nearby areas. Therefore, every pilgrim coming for Hajj from the Northern direction should be in the dressing of Ihram before crossing Dhul Hulayfah.

Al-Juhfah is commonly known as Rabigh. It is situated 113 miles (182 kilometres) northwest of Makkah. Al-Juhfah is the Miqat for people travelling to perform Hajj from Sudan, Algeria, Egypt, Syria, Turkey, Europe, Northern America and other countries in Africa. It is named after the small town Rabigh, located at the north of Al-Juhfah. It is the place where Prophet Muhammad PBUH met his uncle Abbas (RA) during his journey to conquest Makkah.

Located 50 miles (80 kilometres) east of Makkah, Qarn al-Manazil is the Miqat for pilgrims’ travelling from Najd, UAE, Pakistan, Oman, Malaysia, Australia, Singapore, etc. Qarn al-Manazil is near the city of Taif and Riyadh. When Prophet Muhammad PBUH was persecuted by the people of Taif in the 10th year of Prophethood, it was the area of Qarn al-Manazil where angel Jibraeel (AS) appeared before him.

Dhat Irq is situated 56 miles (90 kilometres) northeast of Makkah. This is the Miqat for people who intend to perform Hajj from Russia, China, Iran and Iraq. Dhat Irq was established during the Caliphate of Hazrat Umar (RA), soon after the conquest of Basra and Kufa. It is named after the largest mountain of the area, Irq Aswad.

Otherwise known as Al-Sadiah, Yalamlam is located 62 miles (100 kilometres) south of Makkah. Yalamlam is the Miqat station for the pilgrims of Yemen and those travelling from the southern regions such as Nigeria and South Africa. In the past, Yalamlam was used by the tradesman of the Indian sub-continent.

What Is the Miqat for the Permanent Resident of Makkah? 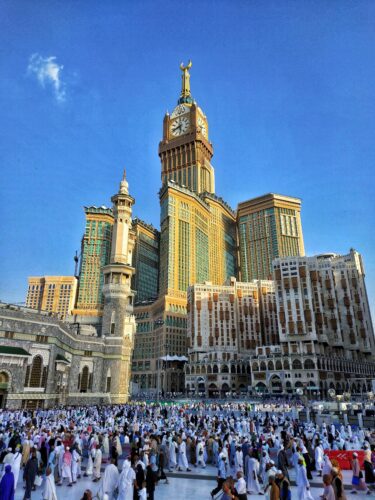 In that case, they should move towards Al-Hill (an area outside the Sacred Sanctuary of Makkah) and assume Ihram over there as Prophet Muhammad’s PBUH wife, Hazrat Aisha (RA) did on her husband’s command. It is said that during the Farewell Hajj, Prophet Muhammad PBUH told his wife’s brother Abdul Rahman ibn Abu Bakr to take her out of the Haram to Al-Taneem and let her assume Ihram for Umrah.

For instance, in case a person who had travelled to Jeddah for work now wants to perform Umrah. He should enter Ihram at Jeddah, make the intention and then cross the boundary of Haram. However, if one doesn’t intend to perform Umrah or Hajj, they are not required to wear Ihram.

Therefore, for the residents of Makkah, the stations of Miqat are as follows: Ji’ranah, the Mosque of Taneem and Hudaibiyah.

What Are Haram’s Boundaries?

The boundary of Haram can be defined as a restricted zone where certain acts are deemed unlawful, which might be considered lawful in other areas. For example, it is prohibited to damage trees or plants, carry weapons, hunt animals, or graze animals and behave or fight in a manner that is sure to violate the decorum and sanctity of Masjid Al-Haram. However, in case of violation of any of the aforementioned laws, one must give Sadaqah or Damm as an expiation.

The boundaries of Haram are as follows:

The stations of Miqat are the five prescribed places for Ihram, located at different directional corners from the Holy City of Makkah, Saudi Arabia. Pilgrims are obligated to wear Ihram and recite Talbiyah when crossing the station of Miqat. The stations are: Dhul Hulayfah, Al-Juhfah, Qarn al-Manazil, Dhat Irq and Yalamlam.