Are you looking forward to performing Hajj this year? Before anything else, note that it’s a huge privilege to be planning and executing the Hajj journey. Considering that it’s going to be one of the most significant expeditions in your life, you should take the time to understand Hajj, including the type of Hajj you should perform.

There are 3 main diferent types of Hajj, see below

To make your decision easier, we’ve explained the three different types of Hajj you should be aware of when planning for the divine trip. 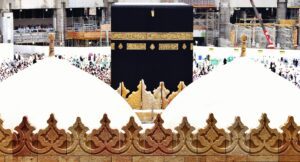 Also known as the isolated Hajj, Hajj-ul-Ifrad is performed by the residents of Miqat, haram, and Jeddah. While the pilgrims do wear ihram, they do so only to perform Hajj, not to perform Umrah. It’s this intention that differentiates Hajj-ul-Ifrad from the rest of the forms of Hajj, both of which involve Umrah. A pilgrim who ends up performing an umrah before engaging in Hajj rituals is no longer a Mufrid (a person who performs Hajj-ul-Ifrad). They’ll be required to perform either of the two other types of Hajj.

As a Mufrid, you are not supposed to exit the state of ihram until you’re done throwing stones at Jamarat. The practice of stoning Jamrah Al Aqabah is performed on the day of Eid. Although you are not required to offer animal sacrifice when performing Hajj-ul-Ifrad, you may do so if you want to.

What is Hajj ul Qiran?

While the pilgrim may perform Umrah in the preceding Islamic months of Shawwal and Dhul-Qa’dah, the common practice is to perform it during the first 8 days of Dhul-Hijjah. Since you’ll stay in the state of ihram between Umrah and Hajj, this approach is most convenient.

Upon arriving at Masjid al-Haram, Mecca, the pilgrim begins with Tawaf and Saee, the two key practices in Umrah. After performing Umrah, you can clip your hair but not shave until you’ve performed Hajj and offered animal sacrifice. Keep in mind that animal sacrifice is a mandatory practice in Hajj-ul-Qiran, unlike the case for Hajj-ul-Ifrad.

What is Hajj ul Tamattu?

Hajj-ul-Tamattu is the third type of Hajj, and the person performing this Hajj is referred to as Mutamatti. Again, the pilgrim is supposed to perform Umrah before Hajj, but he is not obliged to perform the two rituals in the same ihram. A Mutamatti enters the state of Ihram with the intention of performing Umrah only. Once they’ve performed the Umrah, they’ll exit the state of Ihram and re-enter a new Ihram when proceeding to Hajj on the 8th of Dhul-Hijjah. This way, they’re relieved of the restrictions imposed by Ihram during the time between Umrah and Hajj.

It’s important to understand here that Umrah must be performed during the Hajj season. Any Umrah that’s performed before the start of Shawwal or during the days of Hajj is considered invalid. Also, anyone who performs Umrah as part of Hajj-ul-Tamattu can’t leave without performing Hajj. No matter what, they must perform Hajj before going back to their destinations. Hence, even if you’re a resident of Saudi Arabia, avoid departing from Mecca if you’re unsure that you’ll be able to return and enter the state of Ihram in time.

Which is the Best Type of Hajj to Perform? 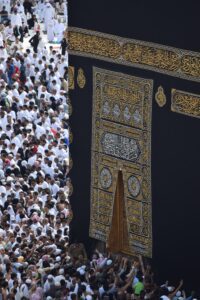 There is no best or worst type of Hajj in Islam. The type that’s right for you depends on where you’re located, how much time you have before the days of Hajj, and your reservations. For example, if you’re a resident of the city of Jeddah and only have a day or two before the Hajj commences, Hajj-ul-Ifraad may be an ideal decision for you. When you make an intention to perform Hajj-ul-Ifrad, you won’t be required to perform Umrah and thus won’t risk getting late for Hajj, the more important of the two rituals. However, if you do have a few days before Hajj begins, you can either perform Hajj-ul-Qiran or Hajj-ul-Tamattu.

On the other hand, if you reside in another country such as the UK, the only two options you have include Hajj-ul-Qiran and Hajj-ul-Tamattu. So, how do you decide between the two? It depends on when you plan to perform the Umrah. If you’re arriving at Masjid al-Haram weeks before the Hajj days, it’s best to make an intention of Hajj-ul-Tamattu, so that you don’t have to abide by the restrictions imposed by Ihram during the extensive period between Umrah and Hajj. Most Muslims from around the world spend 4 to 5 weeks in Mecca, so they choose Hajj-ul-Tamattu, making it the most commonly performed Hajj type.

If, however, you plan to arrive at Masjid-al-Haram a day or two before the Hajj days, and you’re confident that you can abide by the rules of Ihram during the short time between Umrah and Hajj, you can choose Hajj-ul-Qiran instead.

Keeping in mind the strict penalties for violating the rules of Ihram, it’s best not to take any chances. We recommend that you opt for Hajj-ul-Tamattu if you’re proceeding for Hajj from outside of Saudi Arabia.

Summary about the different types of Hajj

To sum it all up, there are three types of Hajj in Islam. Pilgrims’ choices primarily differ in terms of the locations of pilgrims, whether it must be accompanied by an Umrah or not, the Ihram restrictions, and whether or not an animal sacrifice is mandatory.

After going through this guide, you should make an informed decision about which type of Hajj is right for you. Since the intention of Hajj is crucial to the correct performance and acceptance of the ritual, make sure you don’t make a mistake at this step.

You’re now all set to embark on the divine journey. May you have a remarkable Hajj that’s full of blessings, and May Allah accept it in His books.