The Day of ‘Arafah is one of the most sacred days in Islam. It is the day when Allah SWT completed the religion of Islam and bestowed the Muslim Ummah with divine favour. On this day, Prophet Muhammad (PBUH) bore witness three times for Allah SWT and his Muslim Ummah that he has succeeded in conveying his mission, communicating Allah’s SWT message of Islam and Quran to the believers.

Therefore, on this day, the Muslim Ummah is advised to pray Nafl, perform Qurbani and give zakat to the orphans in the name of Allah SWT.

Here is everything you need to know about the Day of Arafah, the day when Allah SWT perfected the religion of Islam.

What is the day of Arafah in Islam? 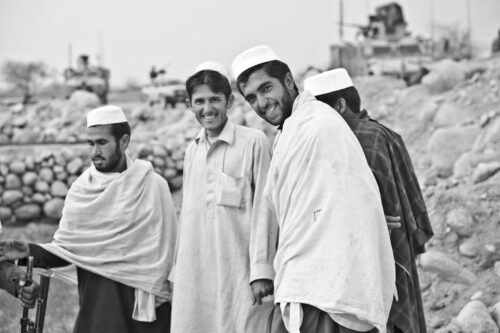 Otherwise known as the “Day of Standing,” the Day of Arafah holds great importance in Islam. It was the day when Allah SWT completed his favour upon Prophet Muhammad (PBUH) by perfecting the religion of Islam and approving it as the way of life.

Imam Ibn Kathir in his tafsir in reference to the significance of the Day of Arafah says:

“Imam Ahmad recorded that Tariq bin Shihab said, “A Jewish man said to `Umar bin Al-Khattab, `O Leader of the Believers! There is a verse in your Book, which is read by all of you (Muslims), and had it been revealed to us, we would have taken that day (on which it was revealed) as a day of celebration.’ `Umar bin Al-Khattab asked, “Which is that verse?” The Jew replied:

“This day I have perfected for you your religion and completed My favour upon you and have approved for you Islam as religion.” (Surah Al Maidah, 5:3)

Umar replied, “By Allah SWT! I know when and where this verse was revealed to Allah’s SWT Messenger. It was the evening on the Day of `Arafah on a Friday.”

The Day of Arafah falls on the 9th of Dhul Hijjah, the twelfth month in the Islamic calendar. This year, the Day of Arafah is expected to start from the evening of Friday, 8 July 2022, till the sunset of Saturday, 9 July 2022. However, the dates might vary depending upon the sighting of the moon.

What Is Dhul Hijjah?

Dhul Hijjah is the 12th and final month in the Islamic calendar (Hijri Calendar). The month is regarded as one of the holiest periods of the year as Allah SWT has blessed it immensely. It is believed that the people who avoid sins and engage in good practices will attain great rewards in the month of Dhul Hijjah.

The month is blessed with two holy events; Hajj – the annual pilgrimage, and Eid ul-Adha. Moreover, being the last month, Dhul Hijjah is a reminder to Muslims to thank Allah SWT for a blessed year and prepare for the next one.

Why is the day of Arafah so important?

The Day of ‘Arafah is also significant because Allah SWT swore by this day in Surah al Burooj. It is known that Allah SWT promises by nothing except that which is great and mighty, so the Day of Arafah is greatly significant:

In another event, the Prophet Muhammad (PBUH) also narrated, “There is no day on which Allah SWT frees people from the Fire more so than on the day of ‘Arafah. He comes close to those (people standing on ‘Arafah), and then He revels before His Angels saying, ‘What are these people seeking.” (Muslim)

Prophet Muhammad (PBUH) said, “There is no day greater and more beloved to Allah than these (first) ten days of Dhul Hijjah.” [Ahmad]

Does Allah SWT descend on the day of Arafah?

The Day of Arafah is considered among the most virtuous days. The Messenger (PBUH) of Allah SWT said that:

“On this day (Arafah), Allah SWT, the Most Exalted, descends to the nearest heaven, and He is proud of His servants on the earth and says to those in heavens, look at My servants, they have come from far and near, with hair dishevelled and faces covered with dust, to seek my Mercy. Even if their sins are as much as the sand or the froth of the sea, I shall forgive them.”

The aforementioned hadith proves that on the Day of Arafah, Allah SWT answers all supplications (duas), forgives the sins of those who repent, and grants salvation from the Hellfire.

What to do on the day of Arafah?

For those who aren’t able to perform Hajj this year, here is a list of obligations that one should conduct in order to gain rewards, forgiveness, and blessings from the Almighty. 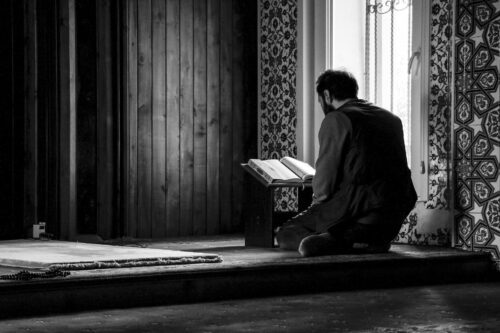 Prophet Muhammad (PBUH) said, “The Day of Arafah, ‘In it, there is an hour in which no believing worshipper makes a supplication to Allah for good, except that Allah answers it for him, and he does not seek Allah’s protection from evil, except that He protects him from it.” [Tirmidhi]

Therefore, every Muslim is advised to pray for peace, purification of their deeds, and forgiveness on the day of Arafah as it’s the holy night when Allah SWT descends just to listen to his believers.

Dua to read on the day of Arafah

Allah’s SWT Messenger (SAW) said about the dua on the Day of Arafah: “The most excellent dua is the dua on the Day of Arafah, and the best of what I and the prophets before me have said, is ‘There is nothing that deserves to be worshipped in truth except Allah SWT, He is Alone and has no partners, to Him belongs the dominion and to Him belongs all praise, and He is All-Powerful over all things.'” (Muwatta)

The Prophet Muhammad (PBUH) recommended those who are not pilgrims to fast on the Day of Arafah since Allah SWT has promised to forgive all previous sins. The beloved Prophet (PBUH) while emphasising fasting on this day said, “It expiates the sins of the past year and the coming year.” (Muslim)

However, fasting doesn’t apply to the ones performing Hajj (pilgrims) as they will need the energy to fulfil the ritual of Hajj. Therefore, only the ones who are unable to perform Hajj should fast on the Day of Arafah in remembrance of Allah SWT. Also, do not forget to give Sadaqah and Zakat during the blessed ten days of Dhul Hijjah.

“The people of knowledge consider it recommended to fast on the Day of Arafah, except for those at ‘Arafat.” [Tirmidhi]

Pray for forgiveness from Allah SWT

As mentioned earlier, the Day of Arafah is of immense forgiveness as Allah SWT sets people free from the fires of Hell. The Messenger (PBUH) of Allah SWT said, “There is no day on which Allah SWT frees people from the fire more so than on the Day of ‘Arafah. Indeed, He draws near and then boasts of them to the angels and then says, “What do these people want?” [Muslim]

Even if a person isn’t standing on the Arafat plains, they can still seek forgiveness on the holy and honourable day by supplicating from their local Masjid, workplace, or home.

In another hadith, Prophet Muhammad (PBUH) said, “Shaitan is not considered more abased or more cast out or more contemptible or angrier on any other day than on the Day of ‘Arafah. That is only because he sees the descent of Mercy and Allah’s SWT disregard for great wrong actions. That is except from what he (Shaitan) was shown on the Day of Badr.” [Malik]

Allah SWT has committed to forgiving everyone on the Day of Arafah. Therefore, one should stay humble and seek forgiveness. 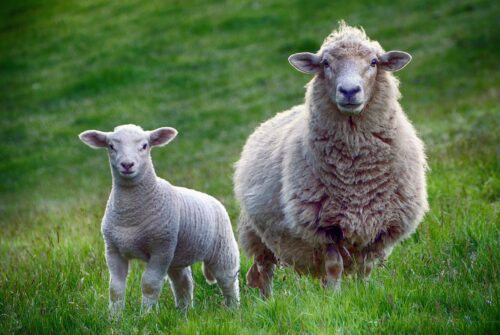 It is recommended to perform an extra sacrifice (Qurbani) in the name of Allah SWT on the Day of Arafah. By doing so, not only will one be doubling the impact by feeding even more families, but will also revive the forgotten Sunnah.

Abu Talhah (RA) when asked about the Sunnah of Qurbani on this day narrated, “The Prophet Muhammad (PBUH) sacrificed for the one who could not sacrifice from his Ummah, one who bore witness to the Oneness of Allah SWT and [his] Prophethood.’ [Tabarani and Ahmad]

Hadiths Regarding the Day of Arafah

Prophet Muhammad (SAW) said, “There is no day on which Allah SWT frees people from the Fire more so than on the day of ‘Arafah. He comes close to those (people standing on ‘Arafah), and then He revels before His Angels saying, ‘What are these people seeking.” (Muslim)

While highlighting the significance of making dua on the Day of Arafah, Prophet Muhammad (PBUH) said, “The best supplication is the one made on the Day of Arafah, and the best supplication of which I and the Prophets before me have made was, “There is no god but Allah SWT, He is One, without a partner, to Him belongs the dominion and all praises, and He is Omnipotent over all things.” (Tirmizi)

The Messenger (PBUH) of Allah SWT narrated that on the Day of Arafah, Allah SWT would say to the angels, “My slaves have come to Me, looking dishevelled, from every deep valley hoping for My Mercy, so if your sins were equivalent to the amount of sand or the drops of rain or like the foam on the sea I will forgive them. So go forth, My slaves, having forgiveness and for what or who you have interceded for.” (Imam At-Tabrani)

Is Eid After the Day of Arafah?

The Day of Arafah commemorates the finality of the divine revelation and the religion of Islam. Prophet Muhammad (PBUH) guides his Ummah to view the Day of Arafah as a day of gratitude. Therefore, Eid ul Adha is celebrated the day after.

The Day of Arafah is on the ninth day of Dhul Hijjah and is considered one of the most blessed days. It is the day when pilgrims gather at the mountain plain of Arafat and pray to Allah SWT, asking for forgiveness and blessings. It is regarded as the holiest night of the Islamic year. Therefore, if one isn’t performing Hajj, they should pray Nafl, observe fast, perform Qurbani and even give out zakat on the Day of Arafah.