Benefits of Laylatul Qadr – The Night of Power

The Story of Laylatul Qadr 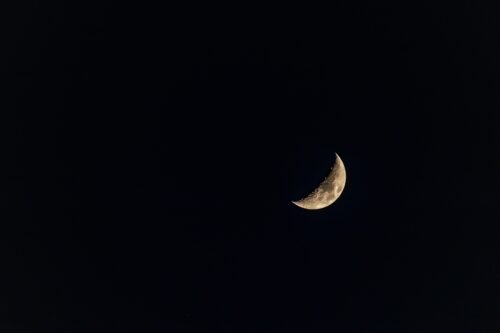 The exact date and day of Laylatul Qadr are unknown. However, according to the hadiths of Prophet Muhammad (PBUH), and narrations of the scholars of Islam, Muslims are advised to search for it on the odd-numbered nights in the last ten days of Ramadan. A particular sect of the Muslim community considers the 19th, 21st and 23rd as probable dates of Laylatul Qadr, whereas the other sect believes that Shabe-Qadr took place on either the 21st, 23rd, 25th, 27th or 29th of Ramadan.

Allah SWT in the Holy Quran has said: “Surely, we have revealed to you the Grand Night, and what will make you comprehend what the Grand Night is? The Grand Night is better than a thousand months. The Angels and the Spirit descend in it by the permission of their Lord for every affair. Peace! It is till the break of the morning.” (Holy Quran, Surah Al-Qadr)

Ibn Abbas reported that Prophet Muhammad (PBUH) while stating the signs of Laylatul Qadr, “It is a calm night, neither hot nor cold, and the sun arises on it red and feeble.” (Ṣaḥiḥ Ibn Khuzaymah 2049)

However, according to the narrations from several Islamic scholars, Laylatul Qadr is expected to take place on the night of the 27th of Ramadan. Therefore, Shabe-Qadr in 2022 is likely to fall on Wednesday, the 27th of April. However, note that the date of Laylatul Qadr will vary every year, depending upon the official sighting of the moon of the holy month of Ramadan.

Angels on the Night of Power

According to Islamic revelations, on the night of Laylatul Qadr, angles on the order of Allah SWT descend to earth to greet the believers and say “Ameen” to their supplications (dua). Shabe-Qadr is such a significant and divine night that Allah SWT in Surah Al-Qadr says:

“The Night of Decree is better than a thousand months. The angels and the Spirit descend therein by permission of their Lord for every matter. Peace it is until the emergence of dawn.” [Surah Al-Qadr, Verses 3 – 5]

One of the prominent signs of Laylatul Qadr is that the next day after the Night of Power, even though the sun will be brighter and clear, you won’t be able to see its rays. This is because the angels will be blocking the sunlight with their wings. Laylatul Qadr is said to be one of the calmest nights of the year.

What to Do During the Night of Power

If you wish to seek the blessings of Allah SWT, here is what to do on the night of Laylatul Qadr:

Known as the Night of Decree, it is believed that our fate for the following year is decided on the night of Laylatul Qadr. Therefore, you should spend as much time as possible worshipping Allah SWT, asking for His mercy, the well-being of your loved ones and protection from the evils of this world.

According to a narration by Aisha (RA), when she asked the Prophet Muhammad (PBUH), “O Messenger of Allah if it is Laylatul Qadr, then what should I supplicate with?” In response, Prophet Muhammad (PBUH) recited the following verse, “Allahumma, innaka Afuwwun Karimun, tuḥibbu al-afwa fa’afu anna” – “O Allah, indeed You are Pardoning and Generous; You love to pardon, so pardon us.” 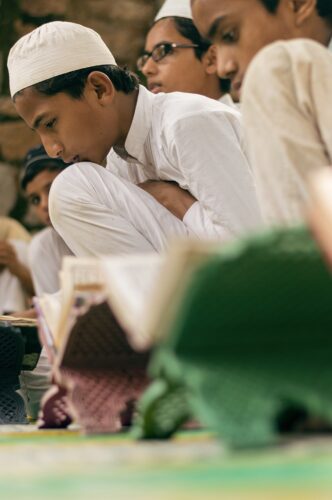 During the year and over the course of the month of Ramadan, most of us tend to recite the Holy Quran without knowing what it actually means. Therefore, take some time out to recite the longer Surahs of the Holy Quran and their respective translations to better understand the message of Allah SWT and cleanse your previous sins.

Most mosques worldwide intend to complete the recitation of the Holy Quran on an odd night, most preferably the 27th of Ramadan. After the Quran has been complete, the Imam makes dua on behalf of the entire Muslim Ummah. So, if you get a chance, it is recommended to attend the dua in the mosque near your home.

It is advised to make sure that all family members sit together during Iftar. On the night of the blessed Laylatul Qadr, the act carries great rewards and virtues for your family, strengthening the bonds of brotherhood and companionship.

The act of giving charity is rewarded handsomely by Allah SWT. However, according to Islamic sources, the reward for giving Sadaqah in the holy month of Ramadan (especially on the night of Laylatul Qadr) is multiplied seventy times. So, if you wish to please Allah SWT and be forgiven for your past sins, then help those in need by offering them Sadaqah (Zakat).

Seclusion (i’tikaf) is when a Muslim refrain from worldly affairs and chooses to spend the last ten days of Ramadan in isolation to focus solely on worshipping Allah SWT and asking for forgiveness. A Muslim is guided to utilise this time to reflect and increase one’s knowledge about Islam and seek closeness to Allah SWT. According to Prophet Muhammad’s (PBUH) Sunnah, a person should stay in i’tikaf for the last ten days of Ramadan. However, the minimum requirement is to spend one complete day and night in solitude. I’tikaf is also a great way to start practising new religious practices that you aim to continue the following year.

Abu Hurairah (RA) narrated that Prophet Muhammad (PBUH) said, “Whoever establishes the prayers on the night of Qadr out of sincere faith and hoping to attain Allah’s rewards (not to show off), then all his past sins will be forgiven.” (Sahih Bukhari. Chapter 2, Belief)

Here are some unknown facts about the Night of Power:

Fact 1: Visitors from the Heavens 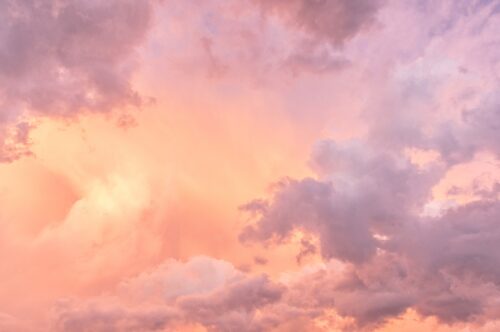 According to Islamic revelations, on the night of Laylatul Qadr, angles, on the order of Allah SWT descend to earth to greet the believers and say “Ameen” to their supplications (dua). Shabe-Qadr is such a significant and divine night that Allah SWT in Surah Al-Qadr says:

“The Night of Decree is better than a thousand months. The angels and the Spirit descend therein by permission of their Lord for every matter. Peace it is until the emergence of dawn.” [Surah Al-Qadr, Verses 3 – 5]

One of the prominent signs of Laylatul Qadr is that the next day after the Night of Power, even though the sun will be bright, you won’t be able to see the rays. This is because the angels will be blocking the harsh light using their wings. Laylatul Qadr is said to be one of the most serene nights in the entire year.

Fact 2: Forgiveness of All Bad Deeds

Humans tend to commit major and/or minor sins every day. The Night of Power is for Muslims to repent and ask for forgiveness from Allah SWT for all their past transgressions. Moreover, Muslims are also asked to give zakat to ones in need as compensation for their sins.

The night of Laylatul Qadr is either on the 21st, 23rd, 25th, 27th or 29th of Ramadan. However, no one knows the exact date. Aisha (RA) narrated that Prophet Muhammad (PBUH), on being asked about the date of Laylatul Qadr, said, “Search for the Night of Qadr in the odd nights of the last ten days of Ramadan.” [Sahih Al-Bukhari]

Like the secret of the Day of Judgment, the date of Shabe-Qadr is also kept under wraps to motivate the Muslim Ummah to perform good deeds, supplicate (make dua), ask for forgiveness, pray Salah, do zikr and recite the Holy Quran during the last ten days of Ramadan. In another instance, Aisha (RA) said, “From the start of the last ten days of Ramadan, the Prophet Muhammad (PBUH) used to tighten his waist belt (i.e. work harder) and used to pray the whole night, and used to keep his family awake for the prayers.” [Sahih Al-Bukhari]

Laylatul Qadr is one of the most blessed nights in Islamic history. It was when Allah SWT revealed the Holy Quran to Prophet Muhammad (PBUH). Hence, with the aim to earn tremendous rewards, Muslims engage themselves in reciting the Holy Quran, praying, giving out zakat, and doing good deeds on the Night of Power. While seeking Laylatul Qadr this year, remember that you shouldn’t worry about searching for the night but should work hard for it, as you never know when the Night of Power may fall.