Abu Talha (RA) was one of the 12 early Muslims who pledged to Prophet Muhammad (PBUH) when a delegation came to visit Makkah. He originally belonged to and was the chief of the Ansar tribe of Banu Khazraj.

Being a skilful fighter and archer, Abu Talha (RA) actively participated alongside Prophet Muhammad (PBUH) in several battles, including the Battle of Badr and the Battle of Uhud.

Born to Sahl bin Aswad and Ubada bint Malik, Abu Talha (RA), whose real name was Zayd Ibn Sahl al-Busari was one of the most devoted companions of Prophet Muhammad (PBUH). He accepted Islam at the young age of 20 during the second pledge of Aqaba. Abu Talha (RA) was declared the chief of the Banu Khazraj tribe. 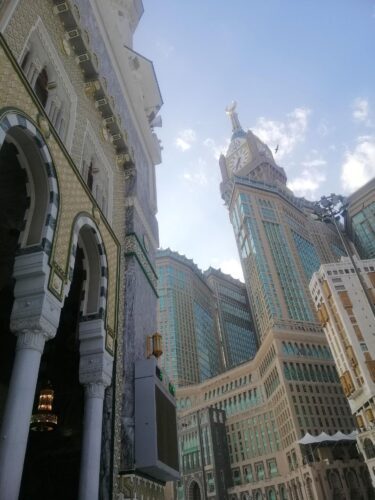 Who was Abu Talha’s (RA) Wife?

Anas (RA) narrates that soon after Abu Talha (RA) got to know that an intelligent, honourable, and noblewoman, Umm-e-Sulaim (RA), lived as a widow, he decided to send a proposal to her. She replied, “By God, I would not have any objection to marrying someone like yourself. However, you are an idolater, and I am a Muslim.”

This is a narration from Sunan al-Nasa’i. She stated that she was a Muslim woman, and it was not permissible for her to marry him. She said, “If you were to accept Islam, then I would consider this very act in itself to be my dowry, and I would not ask of anything else.”

Abu Talha (RA) accepted Islam, and this was considered her dowry. Thabit (RA) used to say that, “Until this day, I have not heard of any woman’s dowry to be as honourable as that of Umm-e-Sulaim.” (Sunan al-Nasa’i, Kitab-un-Nikah)

Did Abu Talha (RA) Have Any Children?

Anas (RA) was the son of Umm-e-Sulaim’s (RA) former husband (Malik bin Nazar) and the stepson of Abu Talha (RA). However, after their marriage, Allah SWT blessed the couple with two sons, Umair and Abdullah.

What Does Abu Talha Mean?

The literal meaning of “Abu Talha” is “a great companion (Sahabi) who participates.” However, the name “Talha” means generous. Zayd Ibn Sahl al-Busari was given the title of “Abu Talha” due to his sincere adherence to the faith of Islam and his loyalty to Allah’s SWT Messenger (PBUH).

His generosity was proven after the migration, when Abu Talha (RA), being a wealthy Ansar leader, did everything he could to help the Muhajireen.

When Did Abu Talha (RA) become a Muslim?

Abu Talha (RA), after listening to the condition of marriage by Umm-e-Sulaim (RA), was lost in his own thoughts, remembering his idol which was manufactured from a precious and rare wood and was his totem. Acting while the iron was still hot, Umm-e-Sulaim (RA) continued: “Abu Talha, do you not know that this deity whom you worship instead of Allah grew out of the earth?” “Of course,”

he answered. “Do you not feel ashamed to be worshipping part of a tree you have fashioned into a god when you know that others have taken the remainder of the tree and used it for fuel to warm themselves or bake their bread? If you become a Muslim, Abu Talha, I will accept you as a husband and will not ask for dowry other than your acceptance of Islam,” she said. “How do I go about becoming a Muslim?” he asked. “I will tell you,” she answered, “You pronounce the word of truth and bear witness that there is no god but Allah and that Muhammad is the Messenger of Allah. Then you go home, smash your idol, and throw it away.”

Abu Talha‘s (RA) love and loyalty for Allah’s SWT Messenger (PBUH) can be proven by the fact that there was no sacrifice that he was reluctant to make for the Messenger (PBUH) of Allah SWT. The beloved companion was even ready to die for Prophet Muhammad (PBUH), acting as his shield in many battles. Along with his wife, he had a different place in the eyes of the Messenger (PBUH) of Allah SWT. The Prophet (PBUH) would often visit their home and have meals with them. Abu Talha (RA) also served as Prophet Muhammad’s (PBUH) horseman and dedicated his life to the cause of Islam. 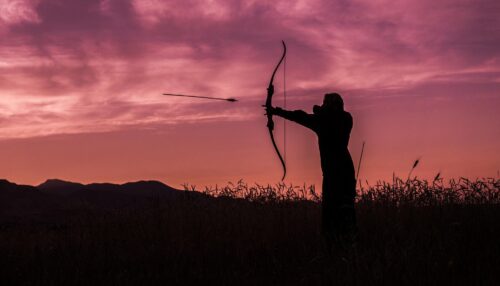 Prophet Muhammad (PBUH) would raise his head over Abu Talha’s (RA) shoulder to be amazed at how he hit the target every time. In this situation, Abu Talha (RA) said: “O Messenger of Allah! May my father and mother be sacrificed for you! Do not raise your head lest an arrow of the enemy should hit you.

Let my life be sacrificed for you. Let my chest be a shield for your chest. They cannot do anything to you unless they martyr me.”

The Garden of Abu Talha (RA)

Back in the day, Abu Talha (RA) was the owner of many beautiful orchards in Madinah. One of these orchards was “Bir Ha,” also known as the “Garden of Abu Talha (RA).” It was located near Masjid Nabawi, and though the garden doesn’t exist anymore, it is still a part of the rear area of the Mosque of Prophet Muhammad (PBUH). Bir Ha wasn’t only Abu Talha’s (RA) favourite garden, but it is said that Prophet Muhammad (PBUH) used to visit the orchard often and would also drink from the water of its well.

That was when Allah SWT revealed the following verse: “You will not achieve a level of birr (righteousness and goodness) until you spend from things, which you love.” (Holy Quran, 3:92)

Sahih Bukhari narrates that Abu Talha (RA), after listening to the verse, got up and went to Prophet Muhammad (PBUH), and said: “You will never attain righteousness till you give freely of what you love, and the dearest of my property is Bir Ha, so I give it as Sadaqa to God from Whom I hope for a reward for it and the treasure with Allah SWT; so spend it, Messenger of Allah, on whatever purpose you deem it proper.”

The Messenger (PBUH) of Allah SWT, Prophet Muhammad (PBUH), said: “Bir Ha, Well done! That is a profitable deal. I have heard what you have said, but I think you should spend it on your nearest relatives.” So Abu Talha (RA) distributed it among the nearest relatives and his cousins on his father’s side.

Abu Talha (RA) wasn’t only the chief of the Banu Khazraj tribe of Madinah but was also one of the most renowned and loyal companions of Prophet Muhammad (PBUH). He was one of the most fearless and skilful archers and valiant fighters of the early Islamic period. Abu Talha (RA) was also by the side of Prophet Muhammad (PBUH) during the oath of allegiance at Al-Aqaba and in many battles. Abu Talha (RA) tragically died during a sea expedition at the age of 70 in Madinah in the year 34/654.