What Does Al Khayf Mean? 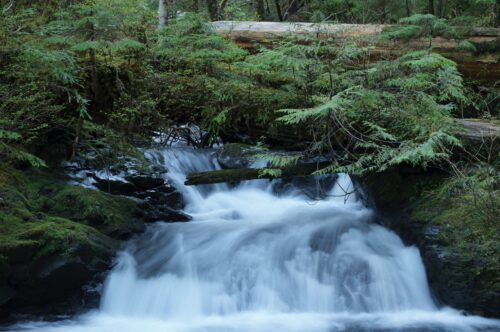 “Al Khayf” is an Arabic word. It literally means or refers to “what has risen above the stream of water and inclined with the width of the mountain.” In simpler terms, Al Khayf refers to the heightened land between the bottom of two mountains. Masjid Al Khayf is a renowned place of worship that is situated at the base of Al-Dhiba’a Mountain at the edge of Mina, also known as The City of Tents.

Based on several documented hadith and narrations, Masjid Al Khayf is the place where 70 prophets, including Prophet Musa (AS) and Prophet Muhammad (PBUH), had performed Salah, hence giving it the name “Mosque of the Prophets.” It is also where Prophet Muhammad (PBUH) delivered one of his speeches while performing the final Hajj (Hajjat al-Wada).

Due to the increasing number of pilgrims visiting Masjid Al Khayf every year, in 1987, the old, modest, and low-wall structure of the Mosque of the Prophets was expanded and reconstructed by the Saudi government under a budget of approximately £18,290,940.27 to accommodate 25,000 Muslims.

The upgrades included the installation of 410 air-conditioning units, 1100 fans, four new towers, and a toilet complex (comprising 3000 faucets and 1000 toilets) behind the Masjid. Masjid Al Khayf is one of the most frequently visited Ziyarat places in Makkah, year after year.

Prophet Muhammad (PBUH), when talking about Masjid Al Khayf, said that a Muslim should visit this place to pray Salah after performing Hajj or Umrah, and while praying here, a person’s mind and heart should reflect and ponder the question, “Is our concern the Dunya or the Akhirah?” Therefore, today when Muslims visit Masjid Al Khayf, they make a firm resolution that from this day forward, whatever they do will be to acquire benefit in the Akhirah and for the sake of Allah SWT.

Where Is Masjid Al Khayf? 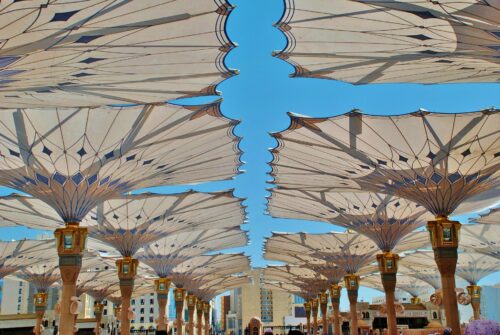 Located in the heart of Mina, Masjid Al Khayf is situated at the base of Al-Dhiba’a Mountain in the southern direction of Mina, near the smallest Jamarat.

Prophet Muhammad (PBUH) said: “Allah will set right the affairs of the person whose prime concern is the Aakhirah (Hereafter), Allah will also grant him self-sufficiency, and the world will humble itself before him. As for the person whose prime concern is this world, Allah will scatter his affairs, place poverty in front of him, and all he will get of this world will be what has been predestined for him.“ [Tabraani]

Regarding this specific event, Abdur-Rahman bin Mu’adh (RA) reports that after Prophet Muhammad (PBUH) delivered a sermon in Mina, he instructed the Muhajireen to set up camp in front of Masjid Al Khayf, and the Ansar to set up camp behind it. The rest of the Muslims were to camp behind them. [Abu Dawood]

Every historical mosque has a story hidden somewhere behind the marble pillars and those strong walls. One of those well-known Islamic monuments is Masjid Nimrah. Here is a brief introduction to the great mosque.

Every year during Hajj or Umrah, the Imam of Masjid Nimrah delivers the sermon from the mosque before the congregational prayers of Zuhr and Asr are performed together. Note that based on the teachings and guidance of Prophet Muhammad (PBUH), in case a person spends all of their time from midday to sunset at the outer/front section of Masjid Nimrah, their stay at Arafat will be invalid, and their Hajj will be incomplete.

Based on recent upgrades to the structure of Masjid Nimrah by the Ministry of Hajj, its area has been increased to 124,000 square metres, adding two new stories and expanding it beyond the boundaries of Arafat. This has increased the capacity of Majid Nimrah to 300,000 pilgrims.

Situated near the smallest Jamarat at the base of Al-Dhiba’a Mountain in the south of Mina, Makkah, Saudi Arabia, Masjid Al Khayf is considered one of the most significant mosques in Makkah, Saudi Arabia. According to Islamic history, it was Masjid Al Khayf where Prophet Muhammad (PBUH) and approximately seventy prophets before him have prayed (Salah) on various occasions.

Today, when Muslims visit the Holy Kaaba for Hajj or Umrah, they make sure to visit Masjid Al Khayf in order to pray two Rakats of Nawafil prayer. If you wish to visit the Mosque of the Prophets, consider taking the Hajj Metro, as it is one of the most accessible routes to the revered site.