Situated in the valley of Tuwa (Dhi Tuwa), Bir Tuwa is the well alongside which Prophet Muhammad (PBUH) camped for a night during the conquest of Makkah. According to Islamic history, it is believed that the next day, Prophet Muhammad (PBUH) took a bath using the water from Bir Tuwa, and then performed Salah (prayer) before entering Makkah, Saudi Arabia. Read on to learn more about Bir Tuwa and its significance in Islam.

What Is the Bir tuwa – Well of Tuwa 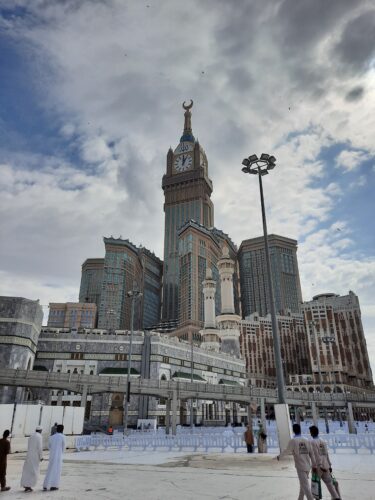 The well of Tuwa is commonly known as Bir Tuwa. It is one of the most famous places in Ziyarat (travel spots) in Makkah, Saudi Arabia. Every year, hundreds of locals and pilgrims performing Hajj and Umrah visit Bir Tuwa to get vegetables, fruits, and other things.

Therefore, following the Sunnah, Abdullah bin Zubayr would always spend a night at Bir Tuwa before entering Makkah, Saudi Arabia. Al-Zaraqi said that the wife of Harun al-Rashid, Zubaydah, had constructed a mosque at this spot. Since Prophet Muhammad (PBUH) bathed in it, the water of Bir Tuwa is said to be clean and full of Shifa. Today, hundreds of pilgrims and locals visit the well of Tuwa to drink some water and take a bath in it. However, it isn’t easy because to keep it safe, the government of Saudi Arabia has created a protective shield over the opening of the well.

Visiting the Dhi Tuwa was a common practice of Abdullah bin Umar (RA), as reported by Nafi’, “Abdullah bin Umar (RA) did not enter Makkah without spending the night at Dhi Tuwa until it was dawn when he took a bath, and then entered Makkah in the morning, and made a mention that Allah’s Apostle Prophet Muhammad (PBUH) did that.” [Sahih Muslim]

Where Is the Well of Tuwa Located?

The well of Tuwa is located in the Valley of Tuwa (Dhi Tuwa) in Makkah, Saudi Arabia. Bir Tuwa is situated on a road that goes towards Masjid Al-Haram.

What Is the Tuwa Valley?

According to the clause al-wadi al-muqaddas, the term “Tuwa” means “the valley that has been sanctified twice.” It is said to be the place where Hazrat Musa (AS) received the first revelation and Prophet Muhammad (PBUH) camped before conquering Makkah. The sacred Tuwa Valley is also mentioned in the Holy Quran:

“Verily I am thy Lord! Therefore (in My presence) put off thy shoes: thou art in the sacred valley Tuwa.” (Surah Taha, 20/12)

Where Is the Tuwa Valley Located?

The mosque at Dhi Tuwa is said to be constructed by Zubaydah, the wife of Harun ul-Rashid. It is built on the spot where Prophet Muhammad (PBUH) performed Salah (prayer). Even though the Mosque had been demolished during the expansion of the Haram, the well of Tuwa (Bir Tuwa) still remains. According to some other sources, it is also the area where the Quraysh camped to plan before the Battle of Badr.

The boycott started in the seventh year of Prophethood (616 AD) and lasted three years (616 AD).

Bir Tuwa is located in the valley of Tuwa (otherwise known as Jarwal). It is the place where Prophet Muhammad PBUH camped for one night before taking a bath with its water the next morning during the conquest of Makkah. After this, Prophet Muhammad PBUH also performed Salah here and entered Makkah ul-Mukarama, Saudi Arabia.