Pilgrims not to touch Kaaba and Black Stone; to use sterilized pebbles for stoning.

The Saudi National Centre for Disease Prevention and Control has issued special health protocols for the current Hajj season. According to the protocol, pilgrims should not be allowed to touch or kiss the Holy Kaaba and the Black Stone and they have to use packaged sterilized pebbles for the stoning ritual. The regulations stipulated that entry to the holy sites of Mina, Muzdalifah and Arafat without a Hajj permit will be prohibited effective from July 19 (Dhul Qada 28) until the end of Dhul Hijjah 12, the fifth day of the Hajj pilgrimage. 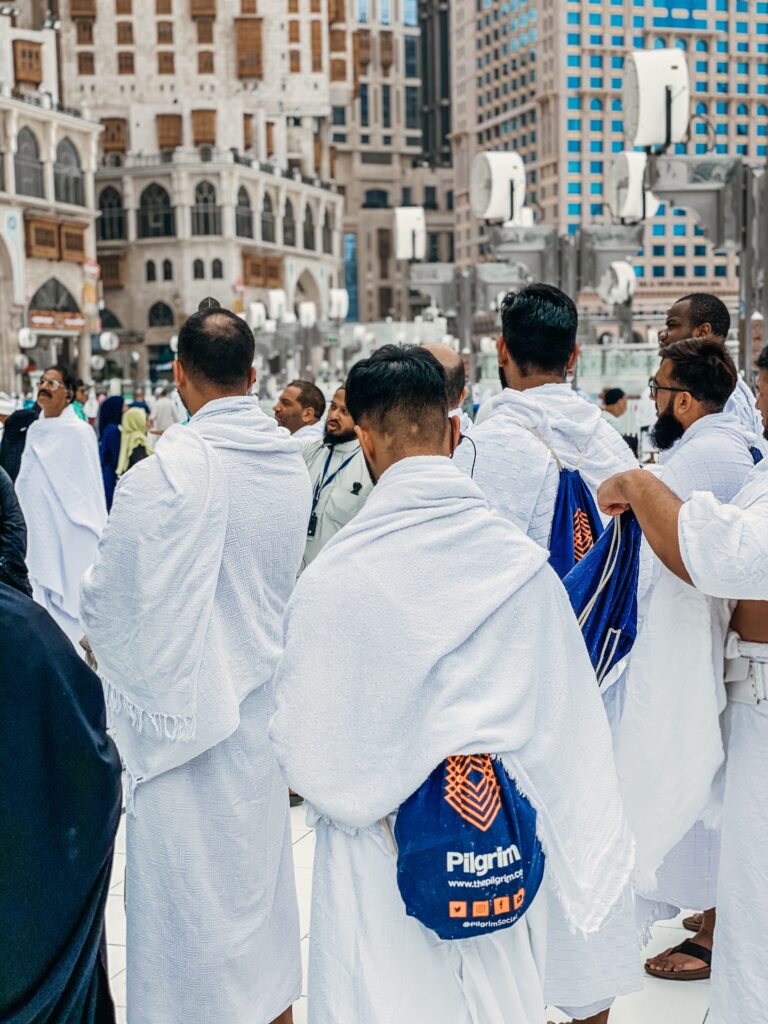 If any pilgrims are found with symptoms of coronavirus in the midst of Hajj, they will be allowed to complete the rituals only after the assessment by a doctor, and that will be in the company of similar pilgrims. Separate building or at least residential houses, transportation and schedule for a travel route suitable for their situation shall be assigned. Any person, who has flu symptoms such as high temperature, cough, runny nose, sore throat or sudden loss of sense of smell and taste, will not be allowed to engage in Hajj duty until after the symptoms disappear and producing report of the treating doctor showing his recovery.

It is mandatory for pilgrims to wear masks and all those engaged in Hajj duty at all times and dispose of them in the proper manner and in the designated place. The pilgrims’ waiting at the assembly points, and handling and receiving their luggage at restaurants will be after placing visible signs or stickers on the ground ensuring a distance of 1.5 meters between two individuals. It is allowed to take drinking water and Zamzam water for individuals in single-use containers. All refrigerators in the Grand Mosque in Makkah and the holy sites will be removed and not used. Only pre-packaged fast food should be provided, separately for each pilgrim. Pilgrims shall strictly comply with the regulations with regard to their stay only in the designated areas by the Hajj organizer in the holy sites of Arafat and Muzdalifah.

There should not be more than 10 pilgrims per 50 square meters of the area of the tents.

As for the stoning of Jamarat, pilgrims have to be provided with pebbles that are pre-sterilized and placed in wrapped bags. Pilgrims must be allowed to move to Jamarat in their scheduled time so that the number of pilgrims who throw stones at a time does not exceed 50 pilgrims for each floor of the Jamarat complex and they should maintain a distance of 1.5 to two meters between two pilgrims while performing the ritual of stoning.

There should be at least 1.5 meters distance between two performers of tawaf (circumambulation around the Holy Kaaba). Security personnel shall strictly monitor the compliance of social distancing and other health protocols. Barriers should be erected to prevent pilgrims touching the Holy Kaaba or the Black Stone and supervisors shall prevent the pilgrims from coming closer to the barriers. Mataf (area for circumambulation) and masa (area for performing the ritual of sai between Safa and Marwa) will be sterilized before and after the performance of the rituals of tawaf and sai by each batch of pilgrims, it was stated in the protocol.