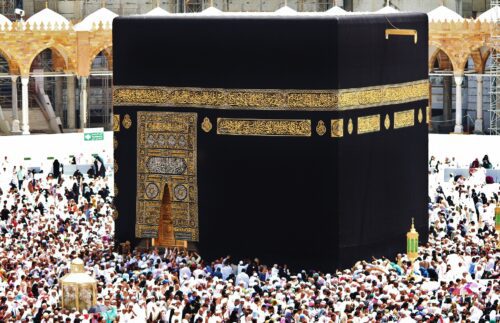 The literal meaning of the Arabic word Meezab in English is, “the edge on the roof which is responsible for carrying the rainwater out.” Located inside The Grand Mosque (Masjid Al-Haram), Meezab is the golden spout through which rainwater gathered on the Holy Kaaba roof falls down over Hateem (Hijr Ismail), or the crescent-shaped area just outside of the Kaaba.

Specifically speaking, the Meezab is situated between Rukn-e-Shami and Rukn-e-Iraqi. According to Islamic history, it was under the Meezab where Prophet Muhammad PBUH supplicated (prayed Salah) in Hijr Ismail. Therefore, considering its history, Muslims believe that the stream of water flowing through Meezab has healing properties and is magical, hence the name “Outlet of Mercy.” The water that falls from the Outlet of Mercy is considered sacred and a blessing. The followers of Islam believe that Allah SWT grants every wish that is made under the Meezab. However, there is no narration that can confirm the religious significance of Meezab.

What Is the Meezab Made Out Of?

The Meezab is built from pure gold and has a thick lining that is made of pure silver. The Meezab e Rehmat has a rectangular shape which is covered from all sides except for the open top. It also features a golden rectangular pendant that moves in backward and forward directions. The pure gold pendant is called the tongue or “Al-Burqa.”

When looked at from a close angle, you will see renewal and construction dates scripted on each of the sides of Meezab e Rehmat. The credit for Meezab’s durable construction and aesthetic design goes to Makki Sheikh Naseer, an excellent craftsman. Moreover, in order to keep birds away, Meezab has small but sharp golden spikes assembled on its edges.

Following this, in 1417 AH, the Holy Kaaba and the Meezab were remodelled. However, its dimensions which were set in 1273 AH during the renovation under the Ottoman Emperor Sultaan Abdul Majeed Khan, were retained.

The structure of the Meezab was created during the rule of King Fahad. The Meezab that stands today is hand-crafted and made of pure gold, comprising a thick silver lining on the inside. The Meezab has a few Arabic words scripted on its front. The words are “Bismillah Hir Rahman Nir Raheem” (In the name of the Almighty Allah Who is the Most Gracious and Merciful) and “Ya Allah” (Lord). 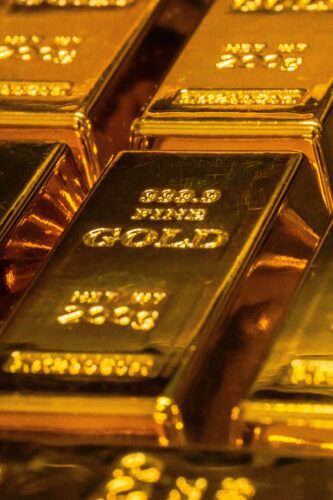 When Was It First Built?

The Meezab was first constructed by the Quraysh in 608 CE, using alternating wood and stone. However, it was then reconstructed using gold in 1553 by the son of Salman Qanuni, Salem Sani. Later in 1554, the Outlet of Mercy was covered with a silver mask. Following this, between 1586 and 1594, Waleed Bin Abdul Malik reconstructed the Meezab once again, using pure gold.

Here are a few lesser-known facts about the Meezab:

Fact 1: The Meezab was Originally Installed by the Quraysh

According to the history of the Arabian Peninsula, it has been revealed that the Quraysh were primarily the ones who constructed the top of the Holy Kaaba and joined down this pipe – Meezab. It is believed that preceding the establishment of the Quraysh tribe, there was no roof on the Holy Kaaba, and so the people decided to make a roof out of pinnate (the leaves of the date tree). This was later rebuilt using wood and stones.

Fact 2: The Measurements and Structure of Meezab

The length of the Meezab is 25 centimetres in width and 253 centimetres in length, whereas the portion of the Meezab that is inside the wall of the Holy Kaaba is 58 centimetres long. However, the most distinctive feature of the Meezab’s structure is that it has sharp spikes installed all over that point toward the sky. The purpose of these pointed spikes is to stop birds from sitting on it or 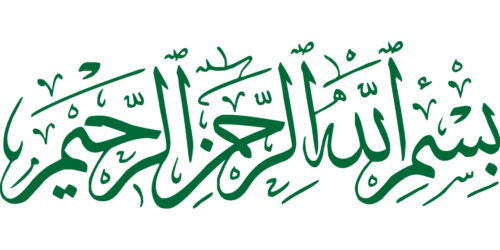 gathering around the sacred water spout.

Fact 3: Arabic Words Are Written on the Front of the Meezab

The gold Meezab has a few Arabic words engraved on its frontal part. These words include “Bismillah Hir Rahman Nir Raheem” (In the name of the Almighty Allah Who is the Most Gracious and Merciful) and “Ya Allah” (Lord).

Multazam is basically a 2-metre-wide sacred area around the Holy Kaaba that is bordered by the door of Kaaba on one side and Hajr e Aswad (Black Stone) on the other. Here it is considered a Sunnah by the pilgrims (Muslims who come for Umrah or Hajj) to perform “Iltizam” – to place your hand on the wall of the Holy Kaaba in such a way that your hands, chest, and cheek are held against the wall, and ask for forgiveness.

Meezab is undoubtedly the smallest structural piece of the Holy Kaaba, in Makkah Masjid Al-Haram, Saudi Arabia. It can be defined as the protruding golden spout from where the rainwater that gathers on