Masjid Al-Jummah – Where The First Jummah Prayer Was Held

What Is the Significance of Masjid Al Jummah? 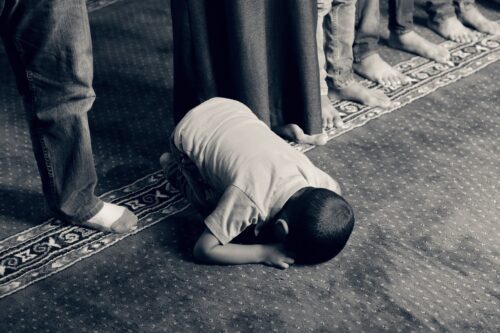 Masjid Al Jummah is one of the most important architectural structures in the history of Islam. It’s a monument that was constructed to highlight the land and the event where Prophet Muhammad PBUH led the first Jummah prayer. Today, Muslims from all over the world gather to pray inside Masjid Al Jummah.

Due to its location at Wadi Al-Rauna, Masjid Al Jummah is also known as Al-Wadi Mosque. Other names given to Masjid Al Jummah are Bani Salim Mosque and Al-Ghubaib Mosque. The historical Masjid is also commonly referred to as Atikah Mosque due to its link to the land on which it is constructed.

Where Is Masjid Al Jummah Located?

Masjid Al Jummah is located southwest of Madinah, Saudi Arabia, near Wadi Ranuna. To be exact, Al-Wadi Mosque is situated six kilometres from Masjid-e-Nabwi and 900 metres north of the Quba Mosque.

According to the narration of Ibn Jarir, Prophet Muhammad PBUH delivered the first Jummah Khutbah (sermon) at Masjid Al Jummah. Prophet Muhammad PBUH said, “Praise belongs to Allah. I praise Him, ask for His help and seek His Forgiveness and beseech Him for Guidance. I believe in Him and do not reject Him.

I despise those who disbelieve Him. And I bear witness that there is no God but Allah, the One, Who has no partner, and that Muhammad is His slave and His Messenger who is sent with guidance and true religion, light and admonition, when there has not been a Messenger for a long time, when knowledge is but little, men are misguided, and end of time is near, death being at hand. He who obeys Allah and His Messenger is indeed guided and he who disobeys them is lost on the wrong path, is fallen down to a terrible misguidance. And I urge you to fear Allah – the best advice a Muslim may give to another Muslim, urging him to prepare for the Hereafter and to fear Allah.

O People; keep away from that which Allah has asked to shun. And there is no counsel greater than that and no remembrance greater than that. Know! For him who fears Allah in his pursuits, the best course is taqwa (righteousness) in affairs of the Hereafter. He who keeps his relationship with Allah, both secret and open, correct – being sincere – that will be an asset for him after death more than zikr in this world. But if anyone fails in that then he would wish that his deeds were kept away from him.

As for him who believes and fulfils his promise then; “The word is not changed with Me, nor do I wrong (My) servants.” [50:29] Muslims! Fear Allah in what concerns you now and what will follow, in what is hidden and what is open, for, “And he who fears Allah, He will acquit him of his evil deeds and He will magnify reward for him.” [65:5] And those who fear Allah will gain a mighty success. It is fear of Allah that keeps away His disapproval, punishment and wrath. It is taqwa (fear of Allah) that brightens the countenance, pleases the Lord and raises ranks. O Muslims! Pursue good fortune but do not lag behind in rights of Allah. He taught you His Book and guided you on the path that the righteous and the false may be distinguished. O People! Allah has been good to you and you should be like that to others.

Keep away from His enemies and strive in His cause with determination. He has chosen you and named you Muslims so that he who perishes, does so for worthy cause and he who lives, follows a worthy cause. And every piety is done with His help People! Remember Allah. Strive for the Hereafter. As for him, who corrects his relationship with Allah then Allah corrects his relationship with other people. Know! Allah judges over people but is not judged by anyone. He is their Master but they have no power over Him. Allah is the Greatest. And there is no power (to do good) except with Allah the Mighty.”

According to Islamic history, after his Hijrah (migration) from Makkah to Madinah, with the aim to spread Islam, Prophet Muhammad PBUH along with his companions started to travel from one city to another. They left Madinah on Monday, 12 Rabi Al-Awwal, 1 AH. During their journey, Prophet Muhammad PBUH and his companions decided to stay at Quba for four days, after which, on Friday, they resumed their expedition back to Madinah.

On their way back and about a kilometre away from Quba, Prophet Muhammad PBUH stopped at the village of Banu Salim bin Auf. On seeing the beloved Prophet Muhammad PBUH, Banu Salim requested, “O Prophet of Allah, you stayed at the homes of our cousins for a number of days, reward us too with something, for they will pride themselves over us till the Day of Judgement that you stayed with them.”

However, the Masjid has been demolished and renovated several times during the late King Fahd bin Abdul Aziz’s reign. According to the most recent renovations, Masjid Al Jummah today incorporates a beautiful and modernized design with more facilities and services. The present-day Masjid Al Jummah features a school for memorizing the Holy Quran, a residence for an imam and muezzin, female bathrooms and prayer rooms, and a library. Moreover, its structure now has a main dome in the centre, surrounded by four small domes. Masjid Al Jummah can accommodate 650 Muslims at once.

A highlight of Masjid Al Jummah’s architectural timeline is as follows:

Masjid Al Jummah marks the spot where Prophet Muhammad PBUH along with about hundred companions led the first-ever Jummah salah (prayer). It is located near Wadi Rauna and 2.5 km away from the Prophet’s (PBUH) Mosque. Masjid Al Jummah holds great significance in the history of Islam.