How long is Umrah?

How long does Umrah take? What is the minimum number of days you need to perform Umrah? How many days do you need off from work? These are questions that Muslims have been asking for centuries. The only difference is that Muslims in the past faced trouble obtaining the answers, whereas modern pilgrims have the bulk of the required information at their fingertips. Today, we can have our queries addressed by simply turning to Google.

This guide comprehensively addresses a common query: ‘How long is Umrah?’ But before that, let’s find out what is Umrah?

Umrah or the lesser pilgrimage is a holy act of worship that Muslims from all over the globe perform. It requires pilgrims to pay a visit to the Holy site of Masjid-e-Haram Makkah, although pilgrims also head to Masjid-e-Nabvi, Madinah to pay a visit to Rauza-e-Rasool s (the tomb of the Prophet s) as well as to other important spots in Saudi Arabia. While it’s a non-mandatory obligation, it earns its performers incredible blessings and rewards from Allah (SWT). It’s also one of the biggest Sunnahs of the Prophet PBUH.

How Many Days Do You Need for Umrah? 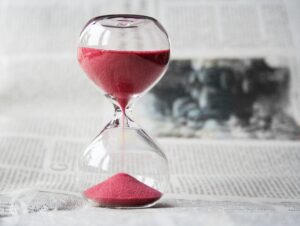 If you’re planning to perform Umrah for the first time, you might want to know how many days you need for the ritual, depending on which you’ll apply for leaves at work. Keep in mind that the minimal day package available for Umrah is for seven days, and you’ll typically spend four days in Makkah and three days in Madinah. We’ll dig deeper into this while answering the next question.

Can Umrah Be Performed in One Day?

Umrah involves four key obligations, namely Tawaf, Sa’ee and Halq/Qasar while in the state of Ihram. If you’re an overseas pilgrim and your plane lands in Jeddah. Travelling from Jeddah to your hotel in Makkah will take more than an hour. By the time you reach your hotel, you’ll probably be too tired to perform Umrah right away, so you may want to rest up before performing the ritual. To be honest, even Umrah requires a lot of walking, so be prepared for that.

Yet, many people choose to perform Umrah right away, so that they won’t need to stay in the state of Ihram for too long. Keeping in mind the restrictions associated with Ihram, this might well be the right decision.

Anyhow, if you decide to take a rest, eat your meal, and perform Umrah the next day, you’ll begin with tawaf. This involves circling the Holy Ka’abah seven times, which can take up to three to four hours if the Mataaf (the area surrounding the Ka’abah) is filled to capacity. Next, you move on to performing Sa’ee, the walk between Safa and Marwah. Again, you’ll spend at least 2 hours performing the Sa’ee. After that, you move on to performing Halq/Taqsir, the shaving of the head for men and partial shortening of the hair for women. This step only takes a few minutes to complete.

Hence, the performance of Umrah itself can be easily performed in a single day. In fact, the entire ritual should take between 3 and 6 hours. Yet, no Umrah package lasts for less than seven days. You get to be the guest of your Supreme Creator for at least a week and for as long as 90 days, the maximum allowed stay on an Umrah visa.

What Months Can Your Perform Umrah In?

While Islam doesn’t restrict you from performing Umrah at a certain period in the year, Saudi authorities stop issuing Umrah visas to foreigners three months before Hajj. This means that if you’re an overseas traveller, you won’t be able to proceed for Umrah in Shawwal, Dhul Qadah, and Dhul Hijjah.

Is Umrah Currently Open for Pilgrims?

Since it’s Shawwal and we’re heading on to the days of Hajj, Umrah visas are closed anyway. Before Shawwal, foreigners were granted entry and were allowed to perform Umrah but with strict COVID-related restrictions and protocols.  It would make sense to ask whether applications for Hajj are being accommodated or not. Considering the COVID-related situation, the Saudi Ministry of Hajj and Umrah has not yet taken a final decision on whether to allow overseas visitors to perform Hajj and other associated aspects.

The exact time it takes to complete Umrah can vary based on the following factors:

For healthy males performing Umrah alone, the entire ritual shouldn’t take more than three to four hours. However, if you’re taking your family with you that includes and children and seniors, the process can take considerably longer. For example, if you’re accompanied by your grandparent that will be in a wheelchair, you’ll typically need to go to the upper floor to perform the tawaf, which will be a bigger circle.

The Time of the Day

Before or After Hajj

If you’re a resident of Saudi Arabia and choose to perform Umrah right before the Hajj days (foreigners aren’t issued Umrah visa right before Hajj), be prepared to face an enormous crowd unless the Saudi authorities impose a limit on the number of overseas pilgrims. After Hajj, when pilgrims leave the country, only a few people are left behind, which is why it’s the best time to perform Umrah. You can comfortably perform the ritual in only a few hours.

Your Understanding of the Umrah Procedure 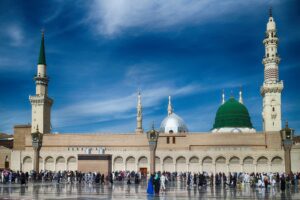 Finally, your knowledge and preparation with regards to Umrah also matter a lot when it comes to how long the ritual can take. For first-time performers, it can take a while to understand the procedure and memorize the duas for Umrah. Our recently converted Muslim brothers and sisters can take even more time to understand the purpose of performing Umrah and learning the basic acts of worship, such as Salah before heading on to the spiritual journey. The point we’re trying to make here is that the better you understand the steps in performing Umrah, the quicker should entire ritual should take and vice versa.

By now, you should have obtained a fair idea of how long is Umrah. Given that Hajj is near, we recommend scheduling your Umrah one month ahead of the days of Hajj. We hope that the COVID-related restrictions are lifted by the time and you don’t face any difficulty pursuing your dream.