As the world re-emerges from travel restrictions, you may be planning on booking for Umrah 2021. But before you embark on a long search for Umrah packages, comparing flights, hotels, and price – have you considered what is the best time to go to Umrah?
We’ve got your sorted. When you’re travelling to Makkah and Madinah for Umrah, you’ll want to know the best times in the year to go to make the most out of your pilgrimage, which for many is a once in a lifetime opportunity. Umrah, unlike Hajj, can be performed throughout the year which means that there is no prescribed time to travel during the year. As such, when you travel is not so much important as ensuring you’ve planned the best possible experience for your pilgrimage.

Though this is true, what’s important to bear in mind is that some months are more favourable than others. Are you yearning for quieter months to soothe your soul? Or maybe you want to give your kids a chance to visit to the House of Allah (and give them a tour of Makkah while you’re there)? Whatever the case, you’ll need to decide when the best time is to travel for you accordingly. 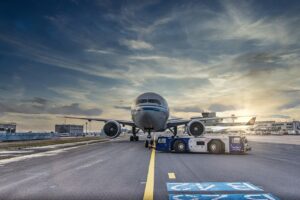 No doubt there are plenty of factors that you may have in mind – such as finances and kids – but we’ve kept it simple for you here. We’ll even give you a rating on our pilgrim-o-meter to let you know what times of the year you’ll encounter the most pilgrim traffic (the times that are busiest throughout the year).

Take it from us: the best Umrah requires planning in advance.

What month can you go to Umrah?

The great thing about Umrah is – you can go anytime of the year (except Hajj)! We’ve listed below some of the benefits (and also downsides) to travelling at certain times of the year, starting with the most blessed and virtuous month – Ramadan:

It’s safe to say that the Umrah performed during Ramadan is the best of the year, which is why it’s our first choice. If you’re striving for the extra hasanat from your Lord, then Ramadan is the best time wherein rewards are abundant for worshippers. How’s that for premium Umrah travel?

Due to the eagerness of pilgrims from all corners of the world to share in the rewards of this hadith, Ramadan generally scores highly on the pilgrim-o-meter (that is to say, this is a very popular time for pilgrims). Blessed days of fasting, followed by blessed nights of taraweeh (and to top it all off, the reward of Hajj without having to perform it!)

You can have your cake and eat it (after iftar, of course…)

Many pilgrims also prefer to book Umrah during the months of spring due to temperatures that are neither scorching hot, nor bitterly cold. Particularly for people who may find the sweltering heart of the desert a shock, spring is one of the best times to perform Umrah (also scoring highly on the pilgrim-o-meter). Makkah is buzzing with pilgrims unified in the worship of their Lord. If there is one city that never sleeps, this is it. There is, of course, a small drawback to this if you’d prefer a less busy time.

Now, from June to August you’ll find that temperatures are extremely hot. Unlike spring though, these months are relatively less busy for pilgrims, with the bonus of prices for umrah packages being more affordable. If you’re seeking less pilgrim traffic, these months are some of the best times to book flights and find the right package for your Umrah.

When autumn kicks in from September to November, the weather can be quite humid, and rain is less common. These months score low on the pilgrim-o-meter as you may find less people booking, which is also convenient as prices are lowered.

When the bustle of Hajj has passed in Dhul-Hijjah, many pilgrims find solace in performing Umrah during winter. Outside of Ramadan, one of the best seasons for Umrah is winter, inviting pilgrims with warm weather while scoring relatively low on the pilgrim-o-meter. Not only that, if you’ve booked Umrah with your family, this is one of the best times to organise tours and activities with them. From December, the average temperature in Makkah is 31°C , while Madinah ranges from 24-25°C.

Can you perform Umrah at any time? 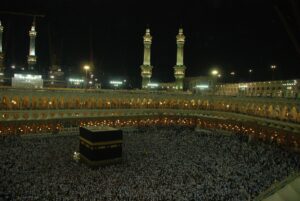 We know that Umrah does not have a prescribed time frame when it must be performed, unlike Hajj which is specific to the month of Dhul-Hijjah. There will be more rewarding times of the year (such as Ramadan), busier (or quieter) times, and more expensive (or affordable) packages, but deciding on the right time for Umrah depends on you.

How much does Umrah cost on average?

As Umrah packages are available throughout the year, prices will vary depending on the month you choose to book.

How long does it take to get a visa for Umrah?

Pilgrims have never had it easier, as the new electronic visa that has been introduced has meant that an e-visa can be issued within 24 hours.
As such, you now have the option to perform Umrah:
1) With the Umrah e-visa, and;
2) The tourist e-visa

How long is Umrah?

The actual duration of Umrah takes less than a day, commencing when a pilgrim enters the state of ihram until they exit it with the cutting/trimming of hair. During this period, pilgrims will perform tawaf around the Ka’bah, followed by Sa’ee between Safa and Marwa, culminating in cutting/trimming the hair.

While the actual rituals to perform the pilgrimage of Umrah are not many, you’ll want to prolong your stay in the blessed lands of Makkah and Madinah when you go.
May Allah invite you to perform Umrah and accept it from all of us!

Nominate someone to go to Umrah

Do you know somebody who has experienced trauma or hardship who may benefit from going to Umrah? Pilgrim have been supporting Muslims who have been afflicted with all kinds of hardship by gifting them with Umrah, a journey of a lifetime, and giving them a chance to heal and receive the help they need. If this sounds like someone you know, nominate today!