Masjid Al-Jinn – Everything you need to know!

Located near the graveyard of Jannat al-Mu’alla, Masjid Al Jinn is considered one of the oldest and the most important mosques visited in the city of Makkah, Saudi Arabia. It is constructed in the place where Jinns (invisible beings created from fire) are said to have gathered to listen to Prophet Muhammad’s (PBUH) recitation of the Holy Quran. Because of its Islamic significance, Masjid Al Jinn is also known as the Mosque of Guards and the Mosque of Allegiance (Masjid al-Bayah). Read on to learn more about Masjid Al Jinn.

What Is Masjid Al Jinn?

Mosque of Jinn or Masjid Al Jinn is situated at the place where Prophet Muhammad (PBUH) drew a line for Hazrat Abdullah bin Mas’ood (RA), who accompanied him in the journey where Allah SWT commanded him to recite a few verses of the Holy Quran to Jinn beings. The incident is as follows: 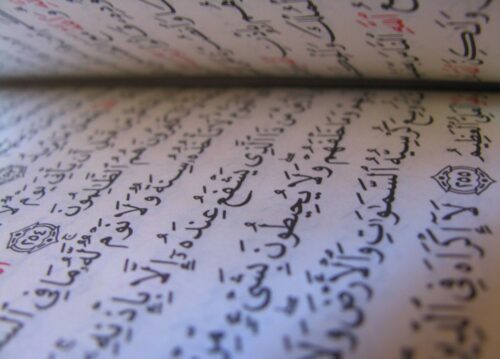 In another place, it has also been narrated by Hazrat Abdullah bin Mas’ood (RA) that the Prophet Muhammad (PBUH) said, “A caller from among the jinn came to me, and I went with him and recited Quran to them.” He further narrates that the Prophet Muhammad (PBUH) took them and showed them their footsteps and the traces of their fires. They had asked him for the provision, and he had prayed to Allah (SWT) and told them, “You will have every bone over which the name of Allah has been mentioned; when it falls into your hands, it will have plenty of meat on it. And all droppings are food for your animals.” Then the Prophet Muhammad (PBUH) said, “Do not use them (bones and dung) to clean yourselves after relieving yourselves, for they are the food of your brothers.” [Sahih Muslim]

After the aforementioned incident, Prophet Muhammad (PBUH) met the Jinn’s leader and accepted their Bayat (Oath of Allegiance) and their embrace of Islam. This is incident is also mentioned in Surah Al-Jinn of the Holy Quran: “Say, [O Muḥammad], “It has been revealed to me that a group of the jinn listened and said, ‘Indeed, we have heard an amazing Quran (i.e., recitation).”  [Holy Quran 72:1]

Masjid Al Jinn is also called Mosque of Allegiance as it was constructed on the location where Jinn beings pledged themselves to Prophet Muhammad (PBUH) and accepted the teachings of Islam. Today, during the season of Hajj and Umrah, Muslims from all over the world come and watch Ziyarat in Masjid Al Jinn.

When was Masjid Al Jinn Built?

It is believed that Masjid Al Jinn was originally built in 1700 as an underground mosque to mark the historical event and place where Prophet Muhammad’s (PBUH) recitation of the Holy Quran resulted in the acceptance of Islam by spiritual beings – Jinns. Although there is no exact proof of the fact whether humans or the Jinns themselves constructed Masjid Al Jinn

Since then, it is believed that it was properly restored more than once throughout the ages. However, the last renovation was conducted during the era of King Fahad bin Abdul Aziz.

To transform the architectural structure into a more modern and angular one, a minaret has recently been added to the structure of Masjid Al Jinn. Today, Masjid Al Jinn has all the modern facilities, including wudu (water) stations, air-conditioned interior, fans, and prayer carpets. Though not very spacious, Masjid Al Jinn has a wide praying area where the locals come and pray five times a day.

Do Jinns Pray Inside Mosques?

Based on some narrations about Prophet Muhammad’s (PBUH) journey from Taif to Nakhla Valley, it is believed that in the middle of the night, on his way back alone in the pitch black darkness, Prophet Muhammad (PBUH) decided to pray some verses of the Holy Quran out loud. This caught the attention of a Jinn coming from Yemen, who stopped and peacefully listened to the recitation of the Holy Quran. It is said that the Jinn later embraced Islam and dispersed around the world as a Muslim – believer of Islam!

Therefore, like human beings, Jinn beings are given equal rights to pray in a Masjid. Therefore, it is believed that pious Jinns take the form of humans or any other creature to pray inside a Masjid.

According to the history of Islam and as mentioned in Surah Al-Jinn (a chapter in the Holy Quran), Masjid Al Jinn is built on the same spot where a large group of Jinns gathered to listen to Prophet Muhammad’s (PBUH) recitation of the Holy Quran. Afterwards, Prophet Muhammad (PBUH) met with these Jinns and their leader and accepted their submission to Islam. Today, pilgrims from all over the world visit Masjid Al Jinn especially to pray two Rakat salat (Namaz).