Top 9 facts about the day of Ashura

Commemorated on the 10th day of Muharram, Ashura is one of the most sacred days for Muslims worldwide. According to Islamic history, several important events took place on the day of Ashura. For example, it was the 10th of Muharram when on Allah’s (SWT) command, Prophet Musa (AS) led the Israelites  to freedom. It was also the same day 1400 years ago when Hussain Ibn Ali, the grandson of Prophet Muhammad (PBUH) – was martyred in the Battle of Karbala. Keep reading to learn lesser-known facts about the Day of Ashura.

Rooted in the Syro-Arabian languages, the word Ashura means “tenth” or, in simpler words, “the tenth day” (10th Muharram). Also known as the “Day of Remembrance”, Ashura is the tenth most important day Allah (SWT) has blessed us with. From the miracle of Prophet Musa (RA) to the heartbreaking incident of Karbala, some of the most important historical events took place on this day. Every year, Muslims observe fasts, pay Sadaqah and try to be generous human beings in the month of Muharram.

The day of Ashura falls on the 10th of Muharram – the first month of the Hijri Calendar (Islamic Calendar). Ashura holds great historical and religious significance of Muslims. Based on the upcoming lunar calendar prediction, Ashura will be on Sunday, 7 August, 2022.

Fasting on the Day of Ashura 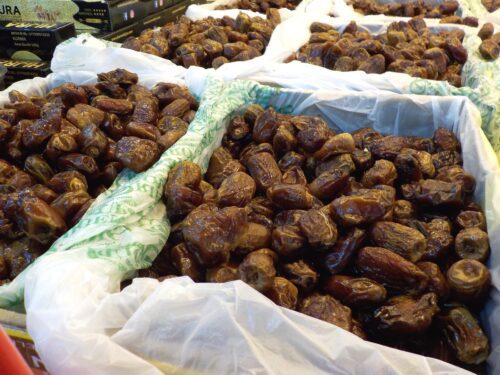 Prophet Muhammad (PBUH) has recommended his followers (Muslim Ummah) to observe fast on the 10th of Muharram. Though it’s not mandatory, the reward of fasting on Ashura is second to fasting in Ramadan. It is believed that fasting on this day offers spiritual redemption and allows you to wipe your slate clean of minor sins.

Hadith Regarding Fasting on the Day of Ashura

On the authority of Hazrat Abu Bakr (RA), the Prophet (SAW) (noticed) mentioned, “Time has come again to its authentic state which it had when Allah created the Heavens and the Earth; the 12 months is twelve months, 4 of that are sacred. Three of them are in succession: Dhul-Qa‘dah, Dhul-Hijjah, Al-Muharram, and Rajab of Mudar [named after the tribe of Mudar as they used to respect this month], which stands between Jumada (ath-Thani) and Sha‘ban.” (Bukhari)

Fact 1: The Meaning of Ashura

Derived from the Arabic word Asharah meaning ten, Ashura marks the tenth of Muharram, the first month of the Islamic Calendar.

Fact 2: Allah (SWT) Saved Prophet Musa (AS) and the Children of Israel on the Day of Ashura

According to Islamic history, it was Ashura when Allah (SWT) miraculously split the Red Sea to safeguard Prophet Musa (AS) and the children of Israel from the cruel Pharaoh and his men.

‘Then We inspired to Musa (AS), “Strike with your staff the sea,” and it parted, and each portion was like a great towering mountain. And We advanced thereto the pursuers. And We saved Musa [as] and those with him, all together. Then We drowned the others. Indeed in that is a sign, but most of them were not to be believers. And indeed, your Lord – He is the Exalted in Might, the Merciful’. (Qur’an, 26:63-68)

Therefore, with intent show gratitude to Allah (SWT) and commemorate the righteous day Prophet Musa (AS) used to fast on this day. And then years later, Prophet Muhammad (PBUH) followed suit.

On account of this, Ibn Abbas (RA) narrates, “The Prophet (saw) came to Madinah and saw the Jews fasting on the day of ‘Ashura. He said, “What is this?” They said, “This is a righteous day. It is the day when Allah saved the Children of Israel from their enemies, so Musa [as] fasted on this day”. He said, “We have more right to Musa [as] than you”, so he fasted on that day and commanded [the Muslims] to fast on that day”. (Bukhari)

Ashura is among the four sacred months. According to the Holy Quran: “Verily, the number of months with Allah is twelve months (in a year), so was it ordained by Allah on the Day when He created the heavens and the earth; of them, four are Sacred, (i.e., the 1st, the 7th, the 11th and the 12th months of the Islamic calendar). That is the right religion, so wrong, not yourselves therein.” (Surah At-Tawbah 9:36)

On stating the significance of Muharram, Hazrat Abu Bakr (RA) narrates, “Time had come back to its original state which it had when Allah created the Heavens and the Earth; the year is twelve months, four of which are sacred. Three of them are in succession: Dhul-Qa‘dah, Dhul-Hijjah, Al-Muharram and Rajab of Mudar [named after the tribe of Mudar as they used to respect this month], which stands between Jumada (ath-Thani) and Sha‘ban”. (Bukhari)

Facts 4: Giving Sadaqah (Charity) on Ashura Is Equivalent to a Whole Year’s Worth of Sadaqah

The companions and followers of Prophet Muhammad (PBUH) didn’t only fast on Ashura, but they also gave out Sadaqah (charity) in the name of Allah (SWT). Abdullah bin Amr bin-al (RA) narrates that Prophet Muhammad (PBUH), about giving charity and fasting on Ashura, said, “Whoever fasts ‘Ashura it is as if he has fasted the entire year. And whoever gives charity on this day is like the charity of an entire year”. (Ibn Rajab’s Lata’if al-Ma‘arif)

Facts 5: It Is Advised to Fast Even After the Day of Ashura

On migrating to Madinah, Prophet Muhammad (PBUH) noticed the Jews religiously observing fast on the day of Ashura to commemorate the day Allah (SWT) saved Prophet Musa (RA) and his followers. Therefore, to distinguish the fast of the Muslim Ummah from them, Prophet Muhammad (PBUH) advised his followers to fast another day alongside Ashura. This means that Muslims have to fast two consecutive days, that is, either 9th and 10th or 10th and 11th Muharram, and not Ashura alone.

Prophet Muhammad (PBUH) said, “Fast the Day of ‘Ashura and be different from the Jews by fasting a day before it or a day after it.” (Ahmad)

In another place, Prophet Muhammad (PBUH) also said, “If I remain (alive) till the following year, I will most certainly fast the ninth [alongside the 10th al-Muharram”. (Muslim)

Facts 6: Fasting On Ashura Wipes Out Sins of the Past Year

Abu Qatadah (RA) narrates that Prophet Muhammad (PBUH), on being asked about the significance of fasting on Ashura, replied, “It expiates [wipes out the minor sins of] the past year.” (Muslim)

Facts 7: Allah Rewards Your Family with Blessings and Generosity on Ashura

While stating the reward of spending with an open heart on Ashura, Prophet Muhammad (PBUH) said, “One who generously spends on his family on the day of ‘Ashura, Allah will be generous on him for the entire year.” (Tabarani)

Regarding this, Imam Ahmad ibn Hanbal (RA) narrates that Sufyan Ibn Uyayna (RA) on generously spending for his family on 10th Muharram said that “I have practised this (spending on the family) for fifty or sixty years and have found nothing but good in it.” (Lata’if al-Ma‘arif)

According to a narration by Imam Ahmad (RA), it was the 10th of Muharram (Ashura) when the Ark of Prophet Nuh (AS) finally came to rest on Mount Judiyy.

As stated in the Holy Quran, “And it was said, “O earth, swallow your water, and O sky, withhold (your rain)”. And the water subsided, and the matter was accomplished, and the ship (the Ark of Nuh (as)) came to rest on the [mountain of] Judiyy. And it was said, “Away with the wrongdoing people.’ (Qur’an, 11:44)

Facts 9: Kiswah (Covering of the Holy Kaaba) Used to Be Changed on Ashura

Narrating the importance of Ashura Hazrat Aishah (RA) says, ’The people used to fast on ’Ashura before the fasting of Ramadan was made obligatory. And on that day, the Ka‘bah used to be covered with a cover. When Allah made the fasting of the month of Ramadan compulsory, Allah’s Messenger (PBUH) said, “Whoever wishes to fast (on the day of ‘Ashura) may do so, and whoever wishes to leave it can do so”. (Bukhari)

Make the Most Out of it!

Considered one of the most special days in Islam, Muslims are advised to follow the virtues of Ashura. This includes fasting on 10th Muharram, reciting the Holy Quran, reciting Dhikr, saying Salam as much as possible, giving Sadaqah or Zakat in the name of Allah (SWT) and trying to be a good human being. It is believed that because Muharram is the first month of the Islamic calendar, following the virtues of Ashura religiously will not only be a good start for the upcoming year but will also motivate you to do good.

Summary – Facts about the day of Ashura

Ashura is the holiest day in the Hijri Calendar. It was the day when some of the most historical and life-changing events such as the miracle of Musa (AS), the battle event of Karbala took place. Even the Ark of Nuh (AS) reached its destination. On several occasions throughout his life, Prophet Muhammad (PBUH) advised his Ummah to fast and give charity on the 10th of Muharram. Allah (SWT) has asked Muslims to seek forgiveness and do good deeds on the day of Ashura.