Otherwise known as the Al-Muhassar Valley, Wadi Muhassar is located in the region of Hejaz, between Muzdalifah and Mina, in Makkah, Saudi Arabia and at a distance of 456.4 kilometres from Madinah. It is believed to be the stage of the destruction of Abraha’s powerful army of elephants during the invasion of Hejaz. Read on to learn more about Wadi Muhassar. 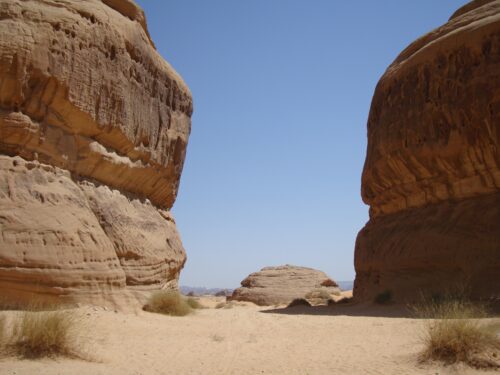 Wadi Muhassar is a small stretched area about six hundred meters wide and two kilometres in length. It is proclaimed to be the location where Abraha’s grand army of his men and elephants was destroyed as they trooped towards Makkah with the aim to destroy the Holy Kaaba. The event of Wadi Muhassar is also mentioned in Surah Fil. It is a Sunnah for pilgrims to walk briskly pass the area of punishment as Prophet Muhammad PBUH did.

Surah Fil Mentioned in the Quran 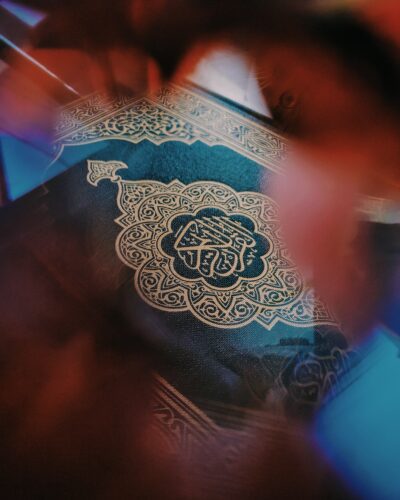 Referring to the incident of Wadi Muhassar, Allah SWT says in Surah Fil: “Have you not seen how your Rabb dealt with the people of the elephants? Did He not lay their plans to waste and send against them flights of the birds which pelted them with clay pebbles, making them look (destroyed) like eaten fodder?” [Holy Quran 105:1-5]

What Actions Need to Be Performed at Wadi Muhassar?

Based on Islamic history, while crossing Wadi Muhassar, Prophet Muhammad (PBUH) increased his pace and ordered others to do the same. This is primarily because Wadi Muhassar is the place where collective punishment struck the disobeyers of Allah SWT.

Therefore, following the advice and Sunnah of Prophet Muhammad PBUH, Muslims should walk swiftly through the area of Wadi Muhassar – a valley between Muzdalifah and Mina.

How Did Allah SWT Destroy Abraha and His Army?

According to the history of Saudi Arabia, Abraha al-Ashram was the King of Abyssinia and the viceroy of Negus. He was greedy and wanted all the power and wealth in the world. During his rule, Abraha found out that Makkah, Saudi Arabia was getting wealthier and flourishing with every passing year because of the Holy Kaaba, which attracted thousands of pilgrims. Religious followers from all over the world would visit the Holy Kaaba and spend an enormous sum of money in the form of trade and sacrifices. And so, to generate greater revenue, Abraha wanted to divert this attraction to his own kingdom.

Thus, he ordered his men to build an amazing and beautiful place of worship in Sana, an architectural structure that no one had seen before. The imposing cathedral in Sana was later named “Al-Qullays.” To make it more unique and worthy, Abraha decorated it with the rarest treasures such as erected golden crosses, treasures of Bliquis, and built an ivory pulpit.

Once Al-Qullays was ready, the next step was to attract an enormous influx of pilgrims. For this, Abraha convinced the Arabs to pay homage to his church, especially the Quraish. He believed that if the Arabs bowed to his orders and started coming to his church, the world would follow. This would then reduce the popularity of the Holy Kaaba and increase revenue for Abraha. However, the Arabs didn’t obey Abraha’s orders regardless of his bribes and remained loyal to the Holy Kaaba. The continuous mocking from the Arabs ignited flames of rage in Abraha, and he threatened to destroy the Holy Kaaba.

To bring the Arabs under his fold of influence, Abraha then sought the help of Muhammad ibn Khazai and crowned him emir of the Arabs. When the people of Kinana learned about the intentions of Khazai, they sent Urwa bin Hayyad al-Milasi to kill him. The incident enraged Abraha, and he vowed to demolish the Holy Kaaba once and for all. Moreover, a man from the Quraish tribe sneaked inside Sana and defecated in it. 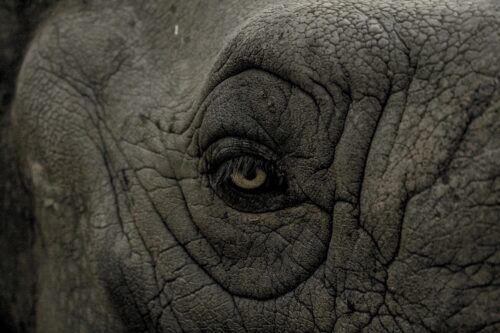 Abraha gathered his army of men and elephants and started marching towards Makkah. He led the troops while riding on the largest white elephant called Mehmud. However, it is said that upon reaching Wadi Muhassar, the great white elephant sat down and refused to move further. The more Mehmud was pulled towards the Holy Kaaba, the more it retreated. Abraha couldn’t wait any longer, and so he ordered his army to march and demolish that Holy Kaaba. According to Surah Fil, this was the moment when at Allah SWT’s command, a dark cloud of small birds known as Ababil appeared on the horizon. The birds carried small rocks in their beaks.

As the Ababil flew over the Abyssinian army, they attacked and bombarded it with stones. This caused a haphazard situation and the loss of several men. Some of Abraha’s men collapsed just witnessing the scene while others ran back to Yemen. Abraha’s fate was much worse. It is said that on his way back to Yemen, his wounds started rotting and fading. By the time he reached Sana, his body was no more than a skeleton, and his fingers had already fallen. It was there that Abraha’s heart collapsed, and he died on the spot.

After the miraculous event, the fame of the Holy Kaaba spread far and wide, and Arab pilgrims from all over the world came to visit the Sacred House. Therefore, in honour of the incident of Wadi Muhassar, it was 571 CE that the Arabs named it “The Year of Elephant.” Prophet Muhammad PBUH was born 52 to 55 days after this event.

Located between Muzdalifah and Mina, Wadi Muhassar is the place where Allah SWT commanded the flights of birds to pelt down stones of baked clay upon Abraha and his army of elephants. Though it isn’t amongst the Sunnah of Prophet Muhammad PBUH to visit Wadi Muhassar, the place serves as an important reminder of Allah SWT’s protection and greatness during the visit of Hajj and Umrah.