Hajj authorities in Saudi Arabia face the daunting task of cleaning up after 2.5 million people as the holy pilgrimage comes to an end. Rubbish bins and the streets around Islam’s holiest sites overflow with empty plastic bottles and other trash during the short Hajj season. 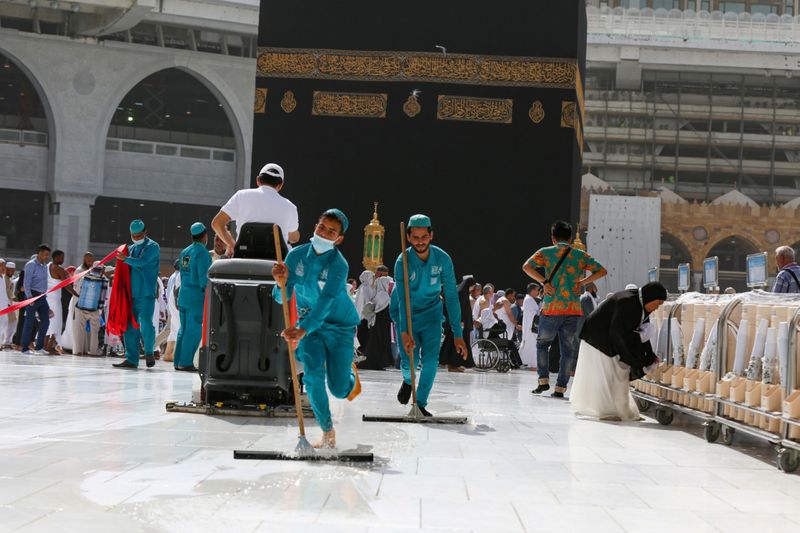 All the holy Hajj sites are closely located to each other and the whole area covers eight kilometres square. Maintaining cleanliness among a population of millions on the move becomes a huge feat. Saudi Arabia spends more than SR2 billion ($530 million) on maintaining the holy sites of Makkah, making it the Kingdom’s largest environmental maintenance program.

“The city of Makkah is not big, but the work that goes into it is massive,” Abdullah Al-Sibai, president of the Institute for Hajj and Umrah Research, told Arab News.

Mahmoud Al-Saati, general manager of hygiene at the Holy Makkah Municipality, said there were three cleaning phases that took place in the holy sites. All areas are cleaned before the pilgrims’ arrival, during the Hajj itself and once more after the pilgrims have left.

“Before pilgrims arrive, we ensure that all areas are completely cleaned. During their stay, we try as much as possible to keep the place clean during the six days. Once they leave, we do a final clean and transport the waste outside the cities,” Al-Saati told Arab News. The municipality has around 138 ground warehouses and more than 1,300 waste compressor boxes across the holy sites. During the Hajj, waste is stored underground and overground. It is later transported 30 kilometres out of the city to landfills at the end of the pilgrimage The ground storage containers can hold up to 70 cubic litres of waste and are distributed between the kitchens in Mina’s tents, as well as roads and intersections.

Al-Saati also said a recycling initiative was underway. The greener Hajj idea dates back to 2010 and aims to create litter- free environments and contribute to clean waste mechanisms. 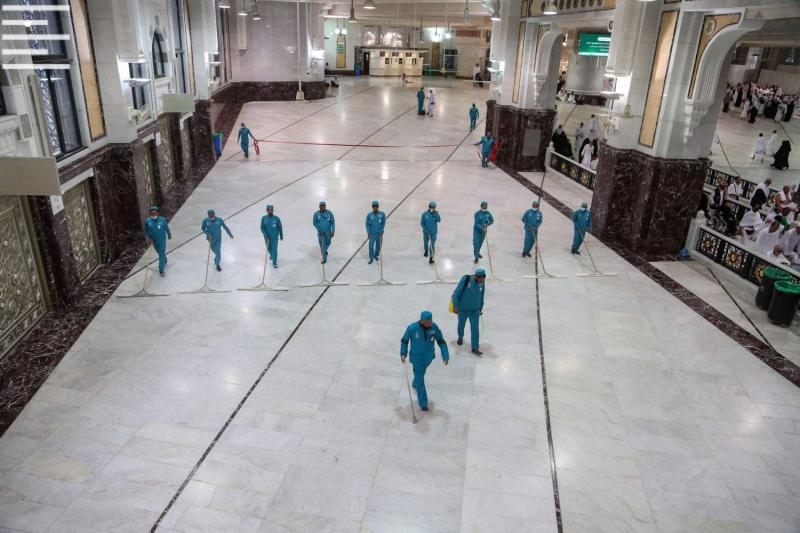 This year there were four coloured containers in the National Guard camps. Black containers were to collect organic waste, green for metal cans, yellow for paper and cardboard, and blue for plastic. The filled containers are discharged into a larger container that separates, squeezes and cuts the waste. It is then transported to another machine for the waste to be recycled.

“In the long term, the initiative aims to contribute to finding practical solutions to manage waste at the holy sites, benefit from waste and recycle it,” Al-Saati said.