Travelling always comes with an unpredictable aspect. Regardless of how much you plan, you will never know how the journey will progress or end. Every year hundreds of thousands of people lose their lives because of vehicular accidents and plane crashes. This is where Islam comes in to protect you. Islam is an amazing religion that teaches us to have faith in Allah (SWT) and live our lives according to the Sunnah of Prophet Muhammad (PBUH).

One of the best things about Islam is that we have a dua for almost everything, whether it’s sitting, eating, sleeping, or traveling. While reciting the duas for travelling, a Muslim seeks help from Allah (SWT) to stay safe and protected as He is the only one who can protect us from accidents and dangerous hazards. Keep reading to learn more about the duas for traveling.

What Does Allah Say About Travelling? 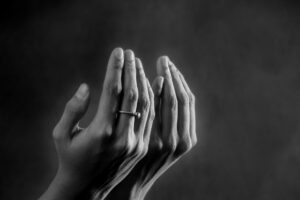 The Holy Quran is the religious book of Islam and is considered the ultimate guide for Muslims. In the Holy Quran, Allah (SWT) describes our life as a journey, with ignorance and knowledge being analogous to the dark and light on the way, respectively.  The Quran has numerous references for Muslims to follow in order to go through a better worldly yet spiritual journey. However, in several places, Allah (SWT) has placed special emphasis on the significance of physical travel.

In the Quran, the word “saiyr” is used to refer to a traveller. The literal meaning of saiyr is to travel or move; for example; the planets are called sayyarah. The term saiyr appears in the Holy Quran 27 times. In most places, it’s used in the formulation of “Tell them to travel,” “Do they not travel,” or “Do travel.”

Duas for Travelling in a Car

To protect yourself and your travel companions it is recommended by Prophet Muhammad (PBUH) to recite the following Surah, with a wish to have a safe and blessed journey:

Duas for Travelling on Plane

Travelling is viewed as a good deed in Islam. this is mainly because in Islam, Prophet Muhammad (PBUH) and his Ummah succeeded in spreading Islam through exploration and travelling. The act of travelling also strengthens our belief, aboutwhich Allah (SWT) says in the Quran: “Say (O Muhammad): ‘Travel through the earth and see how Allah did originate creation.'” (Surah Al-Ankabut, Verse 20)

Therefore, following the Sunnah – acts of Prophet Muhammad (PBUH) – it is advised that every Muslim should follow the exemplary Adab (etiquette) mentioned below, while travelling out of the city or country:

For the following verse, Anas bin Malik (RA) narrates that Prophet Muhammad (PBUH) said that: “Whoever says upon leaving his house (recites the below-mentioned verses) it will be said to him: ‘You are guided, defended and protected.’ The devil will go far away from him.”

“I begin with the Name of Allah; I trust in Allah; there is no altering of conditions but by the Power of Allah.”

When one enters or boards the plane, it is advised by Prophet Muhammad (PBUH) to recite the following verses to have a blessed and safe journey:

“In the name of Allah and all praise is for Allah. How perfect He is, the One Who has placed this (transport) at our service, and we ourselves would not have been capable of that, and to our Lord is our final destiny.”

To learn about praying on a plane, click here.

According to the narration of Suhaib (RA), Prophet Muhammad (PBUH) would recite the following verse when he looked at the town that he wished to enter:

(Hadith reported by An-Nasa’i and Al-Hakim)

When entering a hotel, people are usually unknown to the history of their place of stay. Therefore, to safeguard themselves from all possible hazards and accidents, it is recommended by Prophet Muhammad (PBUH) to recite the following verses:

“I seek refuge in Allah’s perfect words from every evil (that has been created).”

Khawalah binte Hakim As-Sulaimiyyah (RA) narrates for the aforementioned verses that she heard Prophet Muhammad (PBUH) saying, “Whoever, on arrival, says (verse mentioned above) no evil shall befall him until he departs from where he arrived.”

There will be several times when travelling when one might feel lost. In such a case, it is advised to perform zikr (remembrance) of Allah (SWT) and istighfar (for forgiveness) for our sins.

In a narration by Abdullah bin Abbas (RA), it is stated that, “Prophet Muhammad (PBUH) said that if a person constantly makes Istighfar (i.e., “Astaghfirullah”), then Allah removes every difficulty, frees him from every sorrow and makes a means for him to receive sustenance from places that he never thought of.” (Hadith reported by Ahmad)

Also, it is recommended to perform the prayer in the same way as the two raka’at prayers before leaving the house.

When returning home, it is advised to recite the following verses to show gratitude and thank Allah (SWT) for the amazing opportunity He blessed you with.

“We return, repentant, worshipping, prostrating, and praising our Lord.”

With the aforementioned prayer, one requests Allah (SWT) to increase their provisions and wealth in abundance and grant them the opportunity to witness the magnificent wonder of Allah (SWT) in the future as well.

“In the name of Allah! I have placed faith in Allah, and I have put full trust in Allah.  (It is) as Allah wills! There is no strength and no power save with Allah”. “O, Allah! Protect me and protect what is with me (my possessions), and deliver me (to my destination and delivery what is with me the best of your delivery.  By Allah, I commence (my journey), and by Allah, I seek to accomplish (the purpose of my journey) and by Muhammad (s.a.w.) I have set out (towards my destination). ‘O’ Allah make me overcome all (my grief); make easy for me all difficulties, and give me more of goodness than I hope for; keep away all evil of which I am apprehensive for my health.”  “O the most Merciful.”

Whether travelling within the city or to the outskirts, it is recommended to recite the aforementioned dua for a safe journey. While reciting this dua, a Muslim seeks the protection of Allah (SWT) and prays for the success of their journey.

Duas for Our Parents

There is no love more pure and selfless except for the love of your parents. Everyone’s parents love them unconditionally, and regardless of all and worldly reasons. And realistically stating it is nearly impossible for a child to reciprocate that love. Therefore, being Muslims, the best thing that you can do is recite the following duas wishing a happy and blessed life for your parents:

“My Lord, enable me to be grateful for Your favor which You have bestowed upon me and upon my parents and to work the righteousness of which You will approve and make righteous for me my offspring. Indeed, I have repented to You, and indeed, I am of the Muslims.” (Quran 46:15)

Take away the pain, O Lord of mankind, and grant healing, for You are the Healer, and there is no healing but Your healing that leaves no trace of sickness.” (Narrated by al-Bukhaari, 5351, Muslim, 2191)

It is said that when a person recites the duas for travelling, Allah (SWT) sends His angels to protect them. All the aforementioned duas for travelling should be recited for a safe, blessed, and memorable journey. If you are travelling to perform Hajj or Umrah, discover duas for this too by clicking here.