Virtues of Madinah – The Illuminated City

Find out why the city of Madinah is a city of blessings!

Before Prophet Muhammad (ﷺ) entered Madinah, it wasn’t known as The Illuminated City (Madinah-al-Munawarrah) but rather it was known as Yathrib. Historians mention that this name came from a man who lived there, known to be sick and this sickness was thought to curse those who visited. Aisha (r) herself mentioned that “when we reached Medina, it was the most unhealthy of Allah’s lands, and the valley of Bathan (the valley of Medina) used to flow with impure colored water” (Bukhari 1889).

However soon after the Sahaba entered this city in 622AD, tired and sick as refugees, the status of this city changed forever. In fact, the prophet (ﷺ) himself renamed the city stating “it is Madinah” (Muwatta 1605). 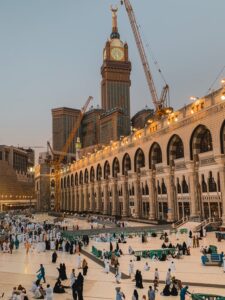 The Prophet (ﷺ) said, “I have made Medina a sanctuary between its two (Harrat) mountains” (Bukhari 1869). Welcome to the city of sanctuary, where heroes were welcomed as refugees, and where millions flock to this day for spiritual sanctuary. This is a place of safety and refuge as Ali (r) himself narrated a message from the prophet (ﷺ) that “the asylum (of protection) granted by any Muslim is to be secured (respected) by all the other Muslims” (Bukhari 1870).

This safety even extended to the animals as Abu Hurayrah (r) stated that he would avoid chasing any deer grazing in the city due to its status as a sanctuary. How beautiful a city, where even the noble angels are at its gates. This highlighted in the hadith where the prophet (ﷺ) said “there are angels guarding the entrances (or roads) of Medina, neither plague nor Ad-Dajjal will be able to enter it” (Bukhari 1880). 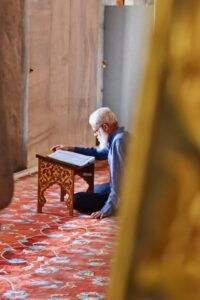 Many of us know the virtues and blessings of Makkah, however the prophet (s) made du’a to Allah to bestow twice the blessings on Madinah as He had bestowed upon Makkah (Bukhari 1885).This is a land of blessing, where one prayer in Masjid Nabawi is equivalent to 1000 anywhere else (outside of Makkah), a land where great luminaries such as Imam Malik would walk barefoot in honour of the city.

Furthermore, not only is Madinah home to Masjid Nabawi, the second holiest mosque in the world, the prophet (ﷺ) even mentions that “the area between my house and my Minbar is one of the gardens of Paradise” (Nasai 695). There are many interpretations of this from traditional ulema with Ibn Hajar explaining it is like a garden of paradise with regards to the descent of mercy and tranquility that falls upon those who attend gatherings of dhikr and remembrance here.

However other scholars such as Ibn Abdal Barr and Imam Nawawi mention another opinion that it will actually be moved and added to Paradise. How many cities can also lay claim to holding a piece of paradise itself?!

This blessed sanctuary is a land where the hearts find ease and the minds find rest. Let us all hope, plan and pray for the opportunity to visit the Holy City..

“I have been enjoined (to go to) a city which supersedes other cities. They say Yathrib, but it is Madinah.” (Bukhari 1871)