The Abandonment of Hajj and Qiyamah 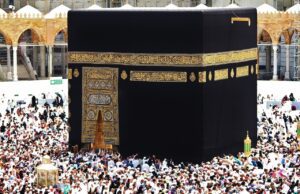 Hadith on Hajj: The Hour will not come until Hajj is abandoned

Abu Sa’id Al-Khudri reported: The Prophet صلى الله عليه وعلى آله وسلم, said: “The Hajj and the Umrah pilgrimages will continue even after the emergence of Gog and Magog.”

“The Hour will not be established until no one performs the Hajj.” [Source: Ṣaḥīḥ Al-Bukhaari 1593]

To tackle the misconceptions that this year could be the unprecedented moment where Hajj is abandoned, we look back at history. If Hajj truly was cancelled in 2020, it would not be the first, it would be added to a list of almost 40 dramatic cancellations since the first in 629AD. We take a glimpse at some of the most striking cancellations in history:

The Shiite Qarmatians State started to carry out continuous attacks on Makkah and its pilgrimage routes before 930AD, part of a larger conflict with the Abbasid Caliphate. Islamic scholars issued a fatwa in 930AD banning the pilgrimage to Makkah because of the lack of life and property security. In the same year, the leader of the Qarmatians, Abu Tahir Al-Jannabi, raided Mecca and massacred tens of thousands of pilgrims. Historians state that the Qarmatians had banned the pilgrimage for more than 10 years. Before the Shia Qarmatians left Makkah, they stole the Hajar Al-Aswad (The Black Stone), which dates back to the time of Adam and Eve. The two stolen items remained under their control for 20 years. The Abbasids paid 120,000 dinars in 952 for the return.

983AD Political Dispute Between of Abbasid and Fatimid Caliphates

Politics, too, has disrupted Hajj. In 983AD a bitter political dispute between the rulers of two conflicting caliphates; The Abbasids of Iraq and Syria, and the Fatimids of Egypt – prevented Muslims travelling to Makkah for the holy pilgrimage. The dispute prevailed for eight years before Hajj routes commenced again in 991AD. 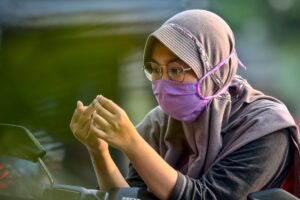 Not only conflicts and massacres have cancelled Hajj. The spread of the plague epidemic in the Hijaz region (South East Arabia) in 1814AD causing the death of approximately 8,000 people, bringing the pilgrimage to a halt that year also. Similarly, a plague from India hit Makkah in 1831 killing three-quarters of the pilgrims there, also halted the pilgrimage.

In a span of almost two decades, Hajj was halted three times, leaving pilgrims unable to head to Makkah for a total of seven years. In 1837, another plague hit the holy city, putting things on hold until 1840. Then in 1846 a bout of cholera hit Makkah, killing more than 15,000 people, and plagued its inhabitants until 1850. In 1858, another global cholera pandemic arrived in the city, prompting Egyptian pilgrims to run away en masse to Egypt’s Red Sea shores, where they were held in quarantine.

History portrays many different obstacles that have led to the cancellation of Hajj, this current Pandemic would be no different. Yes, it would be a devastating blow on our hearts, and livelihood; but to class it as a sign of the nearing end of the world has no means. In current times, the facts and predictions are still uncertain of the very near future. As this year’s COVID-19 pandemic continues to halt life as we know it, the Hajj pilgrimage could be cancelled because of the coronavirus. Saudi officials have sealed the country’s borders to foreigners and imposed widespread restrictions on movement inside the kingdom, partly in the hope of eradicating the disease before the Hajj. The Saudi Hajj and Umrah minister, Muhammad Saleh bin Taher Banten, told state television:

“The kingdom of Saudi Arabia is prepared to secure the safety of all Muslims and nationals,” “That’s why we have requested from all Muslims around the world to hold onto signing any agreements until we have a clear vision.”

Quite rightly preparations must be made of a possibly cancellation of the pilgrimage, and protecting the health and well-being of the Saudi citizens will be a priority for the Saudi state. Entail protecting millions of possible worshippers that could fall prey to the virus during the pilgrimage.

The looming cancellation of this years Hajj has led some observers to suggest an end-of-days prophecy was drawing near as quoted at the beginning of this article. Shiraz Maher, a lecturer in war studies at King’s College London commented, saying: “Saudi authorities appear to be psychologically preparing people for the possibility that the Hajj might have to be cancelled. They’ve started pointing out historical instances from the past where the Hajj had to be suspended for various reasons, including calamity and war. I think this is part of a broader attempt to reassure people that if it happens, it’s not entirely unprecedented.”

Indeed, that is the take we as Muslims should be adhering to, an optimistic approach with full belief in our creator and sustainer. Allah is the best of planners, and knows best. Whatever He foresees is for the good of our Ummah and mankind as a whole. If Hajj is to be aborted this year, it does not pertain to “abandonment” as perceived. 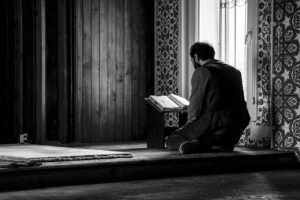 The term “abandonment” of Hajj quoted in the Hadith and Prophecy by our Prophet Muhammad صلى الله عليه وعلى آله وسلم does not refer to cancellations of this kind, neither does it refer to any political or epidemical event that has previously led to the temporary halt of Hajj. It refers to a time when people will abandon the want for Hajj outright. Meaning there are no longer Muslims who have the desire to perform the pilgrimage, and to a time where the religion of Islam will come close to being diminished…

When could this time be? Therein would be the reality of the final hours. However, for now, this is not the case, praise to Allah our nation is strong and continues to prosper and flourish under all the difficulties we face. We should take comfort in the glorious quarantine and isolation Allah has placed across the Globe, giving us individuals the opportunity to ponder and rectify our closeness to him. Taking this blessing to waive away misconceptions and theories being hurled around our wonderful religion. Imbed ourselves in true belief in Allah, using our free time to open the guidance to mankind; The Holy Quran. Find tranquility and contentment in the words of Allah.

With oceans of beneficial knowledge, from physical books to the digital world, let’s find that topic we always wanted to further digest and spend a portion of our time investing in the hereafter. As narrated by Abu Huraira a companion of the Prophet صلى الله عليه وعلى آله وسلم: “The Messenger of Allah صلى الله عليه وعلى آله وسلم, said: ‘Is not the world cursed and everything in it? It is so except for the remembrance of Allah and what facilitates it, the scholar and the seeker of knowledge.’” [Al-Tirmidhi 2322] We pray that we will all collectively get through this as stronger and better Muslims.