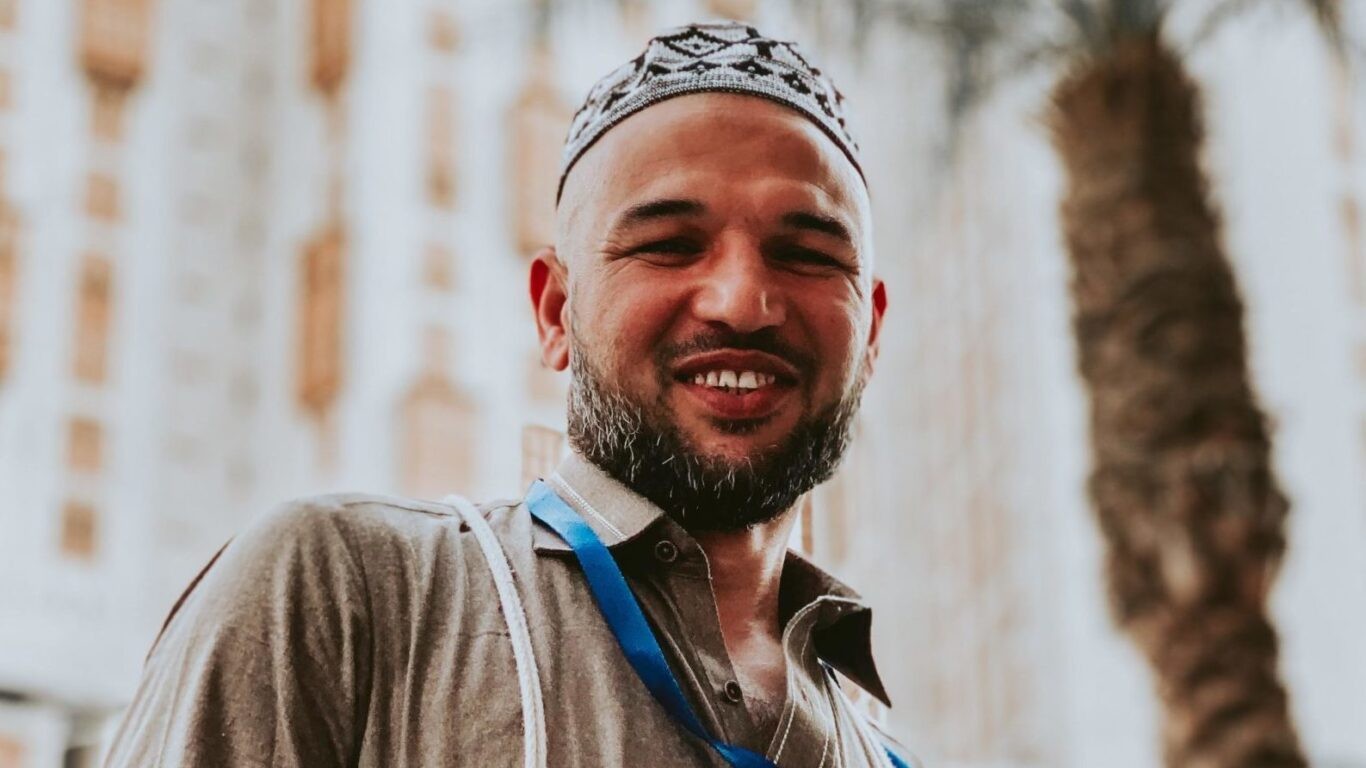 Saeed was a young boy when his mother tragically passed away. Shortly after, his father was forced to retire from work due to ill health, leaving Saeed with the responsibility of providing for the family.

Your help paved a way for Saeed to visit the House of Allah (swt) when he thought it was impossible.

Saeed lost his mother when she was just 29 years of age. The pain of losing his mother at a young age was hard enough, but then his father became too ill to work, leaving the family in a difficult situation.

Saeed became the sole breadwinner of the family at a young age. Alongside his father, he had seven sisters to provide for plus the responsibility of paying off his father’s sizeable debt.

In the meantime, Saeed decided it was time to get married and now has four children of his own plus his wife to take care of in addition to his father and siblings.

Despite his heavy responsibilities, Saeed has always strived to look after his family well and remains a loving son, brother, husband and father. He has dreamed of going on Umrah for a long time but due to his commitments, has never been able to save enough money for the trip.

How you helped Saeed

Alhamdulillah with your support, Saeed was able to join the Umrah Fund Programme and perform Umrah for the first time in his life. He found the experience very positive and emotional at times.

Since returning from his trip, Saeed feels more confident within himself and now sees life as more rewarding than before he left. He is more optimistic about the future and feels that he has a greater sense of meaning and purpose in his life.

“I feel overwhelmed and very happy for completing Umrah for the first time in my life. I aspire to become a better Muslim, son, father and that I become more capable.”

Saeed at Masjid Aisha as he makes intention to perform his second Umrah
Manage Cookie Consent
To provide the best experiences, we use technologies like cookies to store and/or access device information. Consenting to these technologies will allow us to process data such as browsing behavior or unique IDs on this site. Not consenting or withdrawing consent, may adversely affect certain features and functions.
Manage options Manage services Manage vendors Read more about these purposes
View preferences
{title} {title} {title}