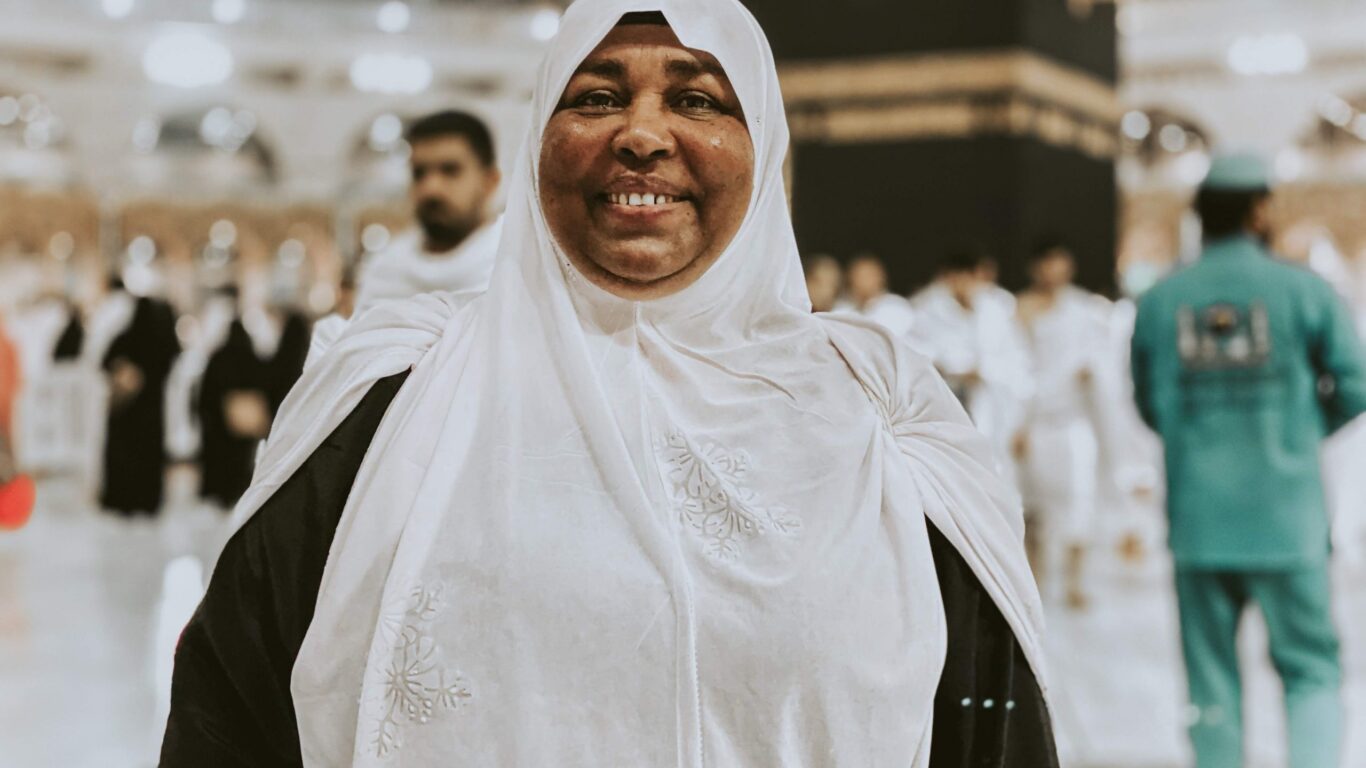 When Najma’s husband passed away, she was left with her only daughter, her only hope. But her daughter cut all ties with her, abandoning her despite her poor health. Living alone, the only support she has is carers who come to look after her.

Your support helped Najma fulfil a lifelong dream of performing Umrah and gave her hope to accept the hardships in her life.

Najma worked as a maid in Saudi Arabia. She fell hands to terrible circumstances at the hands of employers who did not treat her well. Though so close to the holy lands, she was never able to make a journey due to strict working conditions and a lack of holidays and social time.

Najma came to the UK after getting married. Shortly after, Allah (swt) blessed her with one daughter who was to be her only child.

After some time, her husband passed away and the only family Najma was left with was their daughter. However, she cut ties with her after lengthly disagreements and abuse, in the end Najma was left to live alone.

Najma’s health started to deteriorate and she underwent an operation to replace her knee. She also suffered a fall, which required treatment for her shoulder and hand. Due to her ill health and living alone, she requires carers to help look after her and is currently awaiting surgery for her second knee replacement.

At almost 60 years of age, Najma has been through some very testing times over the years. Despite her health problems, Najma yearned to visit the House of Allah as she never had the opportunity to go with her husband. With no other family in the UK, it seemed her dream would never be fulfilled.

How you helped Najma

Alhamdulillah, with your support, Najma was finally able to fulfil her lifelong dream of performing Umrah, which seemed impossible given her health issues and lack of family members who could take her.

Najma was selected to journey as part of the Grieving Mothers programme. Which was designed to support mothers who had suffered loss, abandonment and severe trauma. The trip was a very emotional but positive experience for Najma and she is very grateful for having the opportunity to visit Allah’s (swt) House through the Pilgrim Umrah Fund Programme.

The moment Najma had been longing for
Manage Cookie Consent
To provide the best experiences, we use technologies like cookies to store and/or access device information. Consenting to these technologies will allow us to process data such as browsing behavior or unique IDs on this site. Not consenting or withdrawing consent, may adversely affect certain features and functions.
Manage options Manage services Manage vendors Read more about these purposes
View preferences
{title} {title} {title}