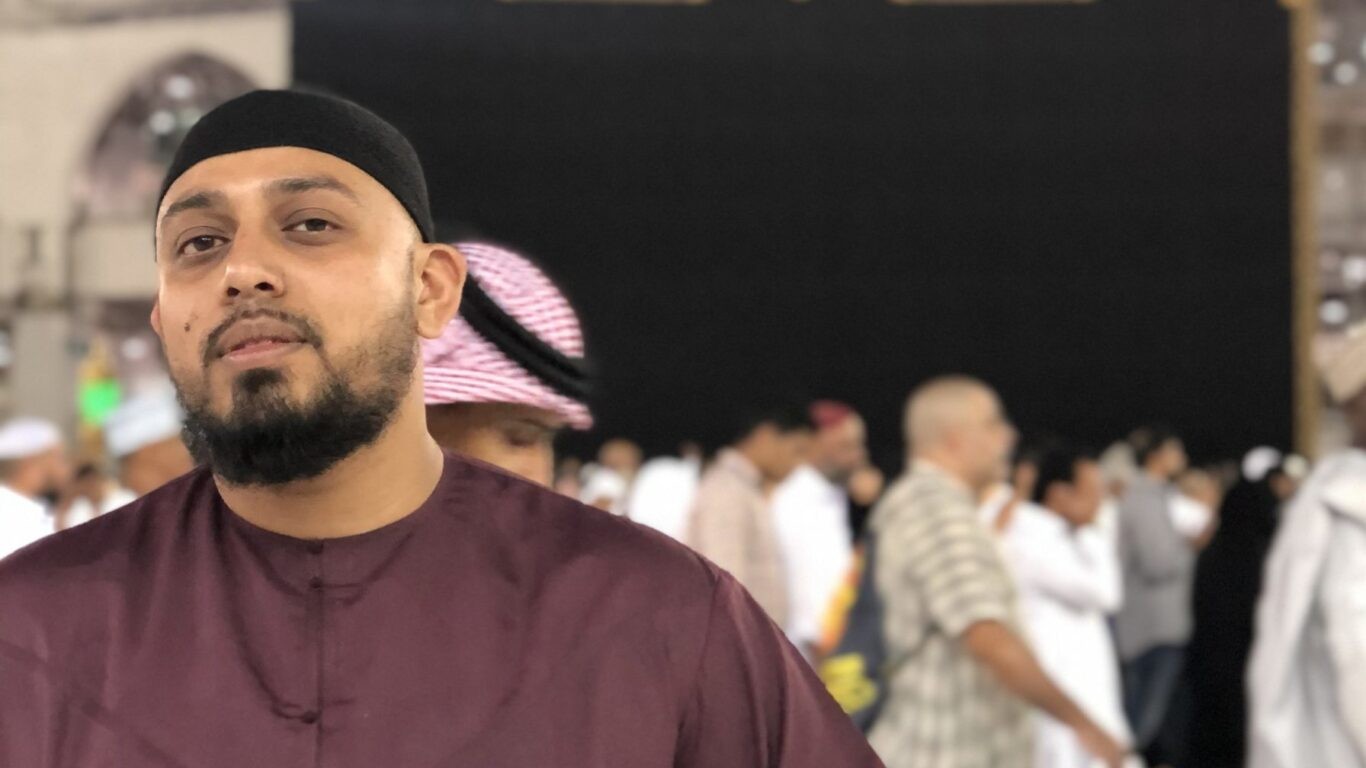 He lost his older brother to cancer and two of his closest died in a car accident. His marriage also faced complications, leaving him alone and isolated.

Your support enabled Hanif to join the Umrah Fund Programme and turn his life around.

Hanif’s older brother was like a father figure to him and his death from prostate cancer hit him hard.

A short while later, two of his closest friends died in a car accident – he was also travelling with them that night, but in a different car.

The deaths of his loved ones made him question everything. His wife helped him to deal with his grief as best as she could. Soon however, problems appeared in their marriage and they became distant, leaving Hanif to feel alone.

The birth of his son was a glimmer of hope; however the issues between his wife were still unresolved causing further stress to Hanif.

All of this happened within the space of 12 months and really took a toll on Hanif’s mental health. He went from being a lively, socially active and kind person to becoming sad, withdrawn and isolated..

How your support helped Hanif

Hanif joined the Umrah Fund Programme when he was at his lowest point. The experience of going on Umrah and receiving tailored support and guidance by the Pilgrim team proved to be exactly what he needed and has been life changing for him.

Prior to the trip, Hanif dealt with his difficulties and emotions in unhealthy ways, resulting in harm to himself and others.

Since returning, Hanif has found a new connection with Allah (swt), is regular with his salah and now finds solace in the masjid when things get difficult. He’s working on his marriage and feels his life now has meaning and purpose and is optimistic about the future.

“The best thing that has happened is me making this trip. I was way past breaking point and this trip along with the people I have met have made me realise there is more to life.”