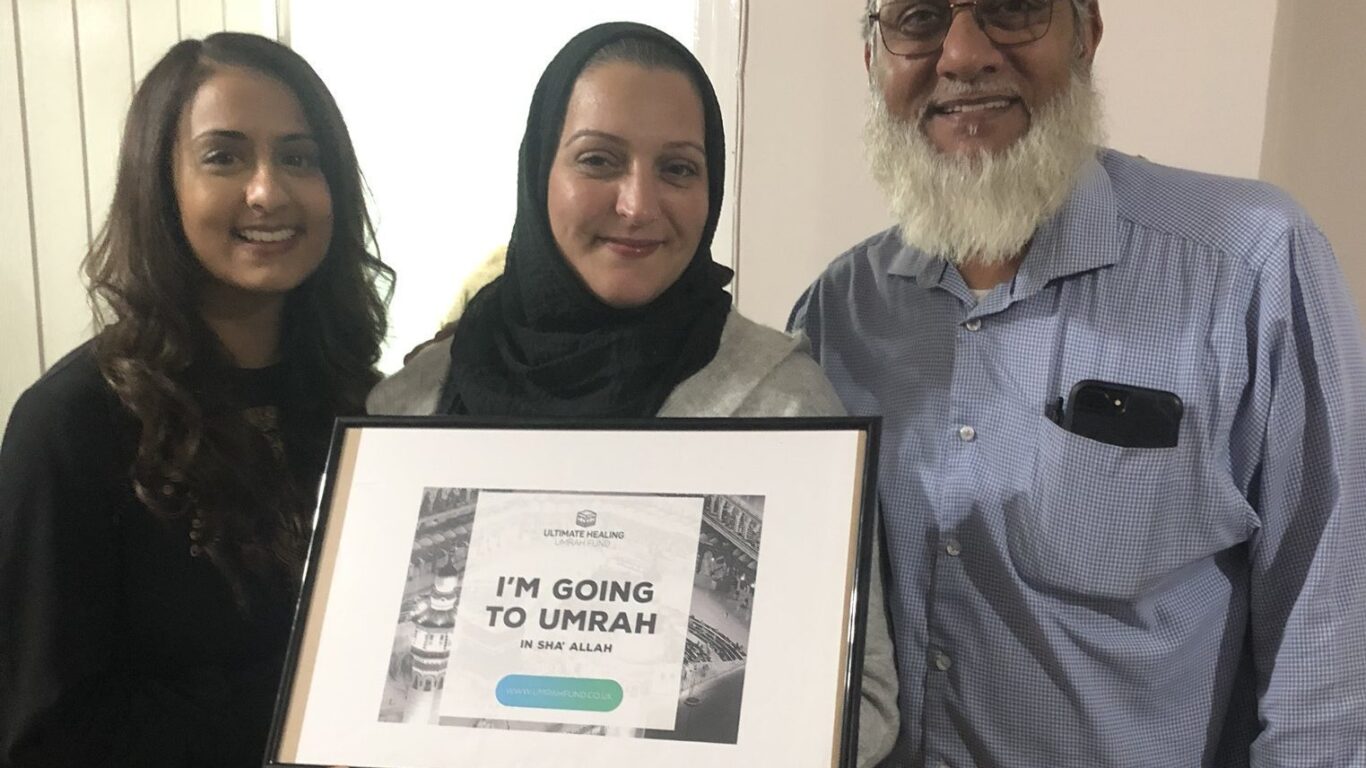 When Aisha lost her 5 month old baby, she was completely devastated.

She had already suffered for years due to problems in her first marriage and thought she had finally found happiness when she remarried and had a son. But her happiness was short lived.

With your support, she was able to go through the Umrah Fund Programme, which helped her come to terms with the difficulties she had faced.

Aisha married at a young age and was blessed with four beautiful children. However, she had problems in her marriage and her husband was not always around, leaving her to raise her children alone.

Aisha tried to work on her marriage and gave her husband the chance to do the same, but problems persisted and in the end, she had no choice but to leave him.

Some time after Aisha’s divorce came through, she met someone new who was willing to take her as a wife and support her children. She remarried, and for the first time in years was happy and settled with a new baby on the way.

Tragically however, her son died just 5 months after he was born. Aisha was completely devastated and broken by her loss. At the same time, her sister-in-law also had a baby boy and although she was happy for her, it was particularly difficult for Aisha to come to terms with her own loss as they all lived together in the same house.

Despite her tests and hardships, Aisha never gave up and 17 years after gathering the courage to divorce her first husband, she returned to her studies and graduated from university.

How your support helped Aisha

Prior to being selected for the Umrah Fund Programme, Aisha found it somewhat difficult to accept the hardships that she had been through, which affected her perception of herself and her confidence.

However, after going through a tailored programme of support provided by Pilgrim, Aisha feels like a new person. She now has a sense of meaning and purpose in her life, her confidence has increased and she has come to terms with the trauma she has been through. Moreover, her connection with Allah has become stronger and she believes that life is more rewarding.

“I appreciate Allah more and have come to realise that if Allah takes something away from you, there is hiqmah that we may not realise until later.”