We work with a diverse range of scholars and teachers to produce quality content on pilgrimage, for people worldwide. Get to know our scholars and presenters here: 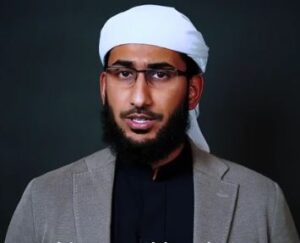 Ustadh Asim has studied Arabic and Quranic Sciences in Cairo, Egypt. He has also completed an MSc in Pharmacy from UCL, in London. Ustadh is a presenter on Eman channel, Imam for Redbridge Islamic Centre and a writer for Islam21c. Ustadh Asim has also authored a book of Tafsir on Surah Yusuf called ‘The Heart of the Quran’. He provides educational video content with us at Pilgrim. 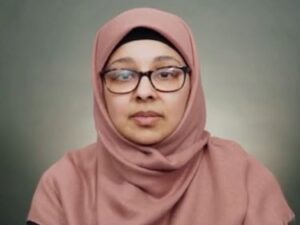 Ustadha Saleha is a graduate of the Alimiyyah programme at Ebrahim College in London, where she also completed the Dawrah Al-Hadith programme. She has also received an ijazah in qira’at from Qari Bashir Ahmed Siddique Al Madani (Hafs & Shu’ba). Ustadha is a teacher of Tajwid at Q-Iman and An-Nisa Institute. She is also a member of the chaplaincy team at Canary Wharf & Barts Hospital NHS Trust. Ustadha Saleha provides educational video content with us at Pilgrim. 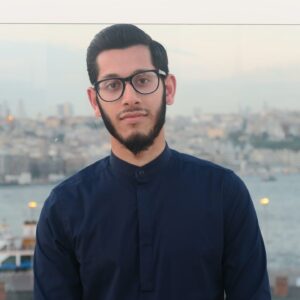 Ustadh Shabbir is a graduate of the Alimiyyah programme at Ebrahim College in London, where he also completed the Dawrah Al-Hadith programme. Ustadh completed Hifdh of the Quran at age 12. He is currently pursuing an MA in Islamic Studies from the University of Warwick. Ustadh Shabbir is the founder of TheNikahCo. He is also a facilitator at Faith Space UK, an instructor at Q-Iman and a podcast host with Ilmfeed. He is a trustee at Pilgrim and he also provides educational video content and print publications with us. 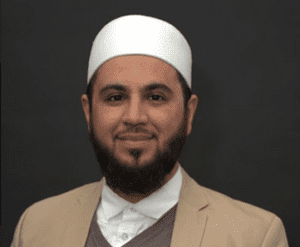 Shaykh Hasib has studied Shariah at the Islamic University of Madinah. He grew up in the US where he completed undergraduate study with a major in Pre-Med and a minor in Psychology. Shaykh is a spiritual guide and mentor at Qalam Institute in the US. He is a board member of masjids, a khateeb and a founder of a research foundation. Shaykh Hasib provides educational video content with us at Pilgrim as well as hosting webinars. 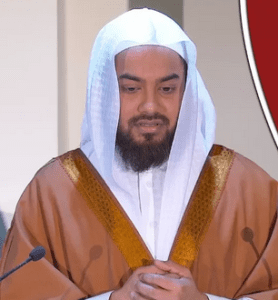 Shaykh Mishkat has studied at Madinah University. He has a diploma in Arabic Language and a bachelor’s degree in Shariah and Islamic sciences. Shaykh is an integral part of Hasan Hajj Tours and he has been leading pilgrims for over 15 years. He is a khatib, and has given khutbahs at East London Mosque, and he is a teacher of Hadith at Q-Iman. Shaykh Mishkat provides educational video content and works on review of publications with us at Pilgrim. 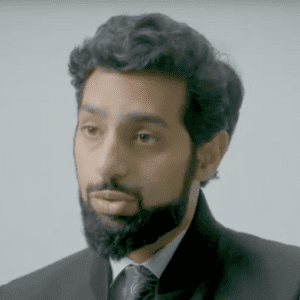 Dr Wajid is a medical doctor MBBS MRCGP BSc MFMLM and PgDip (Cardiology). He is a GP Principle in Essex and an Islamic Historian. He was the founder of Charity Week and is currently a board member. He is also a Vice Present at BIMA (British Islamic Medical Association). Dr Wajid has hosted educational webinars with us at Pilgrim. 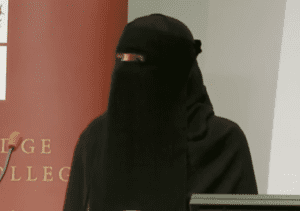 Ustadha Safiyya is a graduate of the Alimiyyah programme at Madrasah Al-Zahra in London. She has also studied Tafsir, Arabic grammar, Rhetoric and inheritance laws under tutelage of Shaykh ‘Ali Hani in Jordan for 2 years. Here she also studied spirituality under tutelage of Umm Sahl. She is currently pursuing an MA in Islamic Studies at SOAS. Ustadha is the founder and lead instructor at Al-Muhsinat and a teacher of Islamic sciences at Noor-ul-Islam. She has delivered educational webinars with us at Pilgrim. 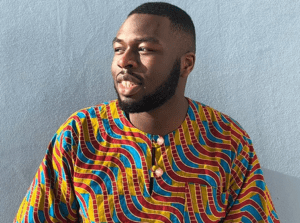 Mustafa Briggs is currently at Al-Azhar University in Cairo, Egypt, studying Islamic Studies & Arabic. He has a degree in Arabic & International Relations and an MA in Translation. He has travelled to different universities and organisations to deliver his lecture series titled ‘Beyond Bilal: Black History in Islam’. He is the director of Spirit of Senegal, a tourism organization. Mustafa Briggs has delivered educational webinars with us at Pilgrim. 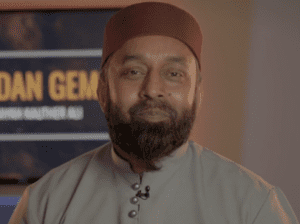 Shaykh Kauther is a graduate of Darul Uloom, Bury. He is a Hafidh of the Quran. Shaykh is a lecturer in Islam at UK universities and learning retreats. He also teaches Maths, Religious Studies and Arabic at secondary schools. Shaykh Kauthar has led and co-ordinated tours to the Haramain and other sites across the Middle East and the Hijaz. He has delivered educational webinars with us at Pilgrim. 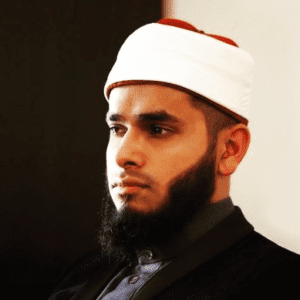 Kazi Ashiqur is a graduate of Islamic Studies & Arabic Language from Al-Azhar University in Cairo, Egypt. He is also pursuing a Masters degree in Shariah from the same faculty and University. He is currently a teacher at Mimbar Academy and an Imam at Darul Ummah Mosque. Kazi Ashiqur will be delivering educational video content with us at Pilgrim. 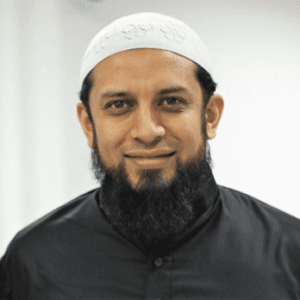 Shaykh Shams has studied at Darul Ulooms in the UK (Dewsbury and Nottingham), and in  Bangladesh (Jami’ah Madinatil ‘Uloom, Sylhet). He is a Hafidh of the Quran. He also completed an MA in Islamic studies from Birckbeck University. Shaykh Shams is the founder of Mawaridlifestyle.com. and the co-founder and former director of Ebrahim College (EC). He is also an executive board member of the British Board of Scholars and Imams. Shaykh Shams provides educational video content with us at Pilgrim. 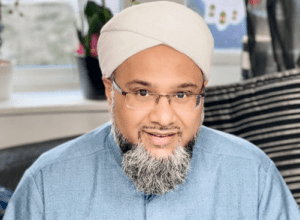 Shaykh Afdal Feroz is an Alim, born in the US and now currently living in Bristol in the UK. Shaykh completed Hifdh of the Quran at age 9.  He is an imam and khateeb who has served the community for the past 31 years. Shaykh Feroz is cofounder of Masjid Abdullah and Abdullah Academy in Georgia, US. He is also on the British Board of Scholars and Imams. Shaykh Feroz provides educational video content with us at Pilgrim. 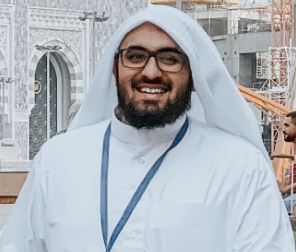 Ustadh Farhan is a graduate of the Alimiyyah programme at Ebrahim College in London, where he also completed the Dawrah Al-Hadith programme. He also has an LLB in Law and an MA in Management Consultancy. Ustadh is one of the founders of Q-Iman. He teaches Arabic Language and Fiqh at Q-Iman and also at other institutes in the UK. Ustadh Farhan was a travelling scholar on our 2019 Umrah Fund programme. 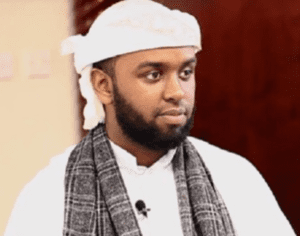 Ustadh Jamal has studied Arabic language and Ulum-ul-Quran. He completed Hifdh of the Quran at the age of 13. He currently holds Ijāzah in the Ten minor Qirā’āt from Sheikh AbdirRashid Ali Sufi. He is a Qari, a teacher at Imam Jazari Institute and Eman Academy. Ustadh Jamal is also a khateeb and a lecturer. 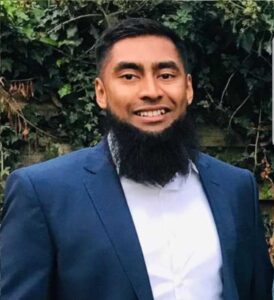 Ustadh Moynul Hussain is a student at Al-Azhar University in Cairo, Egypt. He has studied Arabic Language, Quran, and Islamic Studies under Sheikh Kazi Luthfur Rahman and Sheikh Abul Barakat Mishkat Hasan, of London. Ustadh Moynul is continuing his studies in the Arabic Language, Quran, and Islamic Studies, with a focus on the Faculty of Sharia. He is also working as an accountant in the UK.